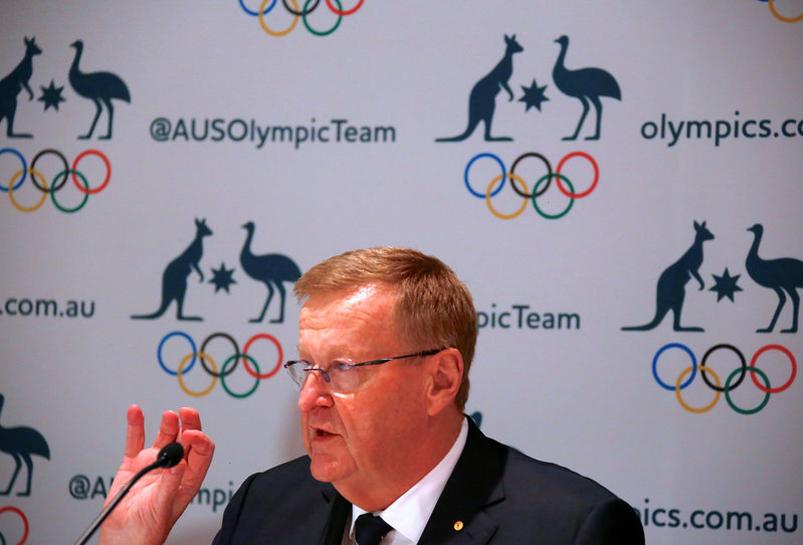 SYDNEY (Reuters) – John Coates, the long-serving President of the Australian Olympic Committee, refused to accept any responsibility for flaws in the culture of the organization outlined in a report released on Wednesday.

The Independent Cultural Review revealed that some AOC staff viewed the organization as “dysfunctional” and had witnessed “‘deceitful’, ‘two-faced’, ‘egotistic’ and/or ‘belligerent'” behavior from senior staff.

Coates told a news conference that any misbehavior detailed in the review was committed by others, many who were no longer at the AOC, and he certainly would not be standing down from his position.

“Why should I resign?” the lawyer said at a news conference in Sydney.

“I’m president and there’s been a succession of CEOs under me. I have not swept anything under the carpet.

“There’s plenty of acknowledgements (in the report) of the staff having pride in me and what I have achieved for the Olympic movement… and I’m happy to be judged on that.”

The report said stakeholders perceived that Coates exercised “overriding influence or control over the AOC”.

Coates has presided over a difficult year for the AOC after a Rio Olympics campaign that featured controversy away from the sporting arena and disappointing results in it.

There followed a challenge to his presidency of the AOC, which he has run for 27 years, sparked by a feud with Australian Sports Commission chief John Wylie.

Coates successfully quashed that challenge in May but his media director Mike Tancred was stood down and reprimanded during the campaign after being found guilty of “disreputable conduct” towards former chief executive Fiona de Jong.

That led to a string of bullying allegations appearing in the media and resulted in the commissioning of the review by the Sydney-based Ethics Centre, which suggested the AOC needed to modernize.

“I’m very with pleased with this report because the first recommendation addresses the big issue for us because that addresses the governance model,” the International Olympic Committee vice-president said.

“We need to assess if it is fit for purpose for an organization like us.”

New chief executive Matt Carroll said the AOC would implement all 17 recommendations of the review, which presented the body with a “platform to reset the organization”.

Coates also announced that Australia would have a new Chef de Mission for the third straight Summer Olympics with Ian Chesterman, who has led six Winter Olympic teams, replacing Kitty Chiller for Tokyo 2020.

Chiller, who in turn replaced 2012 team leader Nick Green, had informed the AOC she did not want to continue in the role two weeks ago, Coates confirmed.