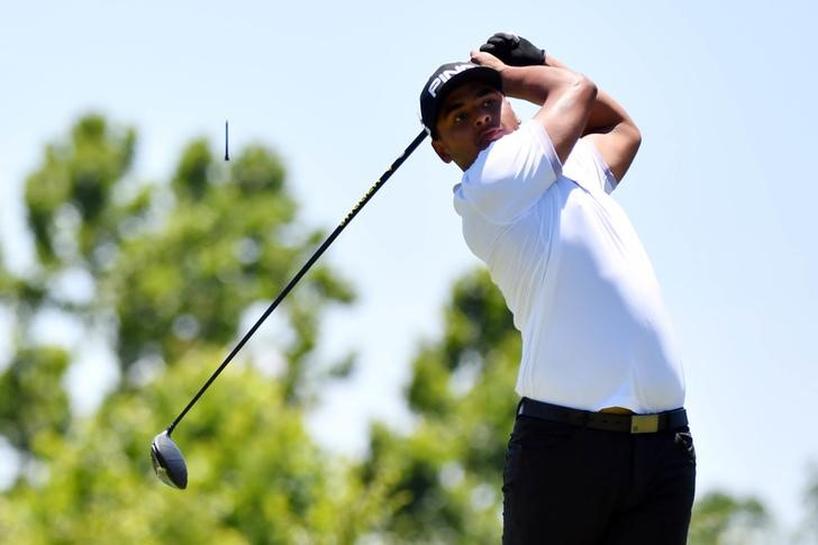 Colombian Sebastian Munoz stormed home with a late birdie blitz to grab a two-shot lead over Davis Love III after the opening round of the Greenbrier Classic in West Virginia on Thursday.

After a bogey at the 13th, Munoz began his charge by running in a 20-footer at the par-four 14th and three shorter birdie putts at subsequent holes put him clear at the top of the leaderboard.

A par at the last gave him a nine-under-par 61, relegating Love to second place with the seven-under 63 he had crafted in perfect morning conditions on the Old White TPC in West Sulphur Springs.

Love, last year’s winning U.S. Ryder Cup captain, had turned back the clock with a sizzling start reminiscent of the halcyon days of the 1990s and early 2000s when he was a regular winner on the PGA Tour.

The 53-year-old American picked up four birdies in his first five holes before capping a glorious day with a 45-foot chip-in for birdie at the 17th.

“It’s about as good as it gets,” he told PGATour radio after posting his lowest score on tour since 2002.

The 1997 U.S. PGA Championship winner, who caddied for his son Dru at the U.S. Open last month, arrived at the Greenbrier having missed the cut in his last four starts on tour.

He found a spark, at least for one day, on a course that is not overly long by modern standards.

Love was one of the longest drivers back in his prime, the last prominent player to give up traditional persimmon woods in favor of metal, but these days he plays within himself.

“I’ve been working real hard the last couple of weeks on trying to fix my swing, swing around a stiff back and a stiff hip,” he said.

“I’ve put a lot of time in hitting balls and getting back to hitting it solid. I’ve given up on hitting it a long way. I’ve just got to hit it straight. This is a perfect golf course for me.”

Munoz credited his lowest ever round on tour to a tournament eve putting tip from Spanish pro Gonzalo Fernandez-Castano.

“Yesterday I had no idea what I was going to do. I didn’t feel comfortable,” Munoz told reporters.

“I just talked to (Fernandez-Castano) for ten minutes and things kind of clicked. It was a good surprise. He helped me figure out some stuff and definitely worked.”

The advice, Munoz revealed, was to focus his eyes on the front of the ball and not worry about making a perfect stroke.

Danny Lee was among a group of six players on 64, the New Zealander having had to wait two years for a chance to defend his title after flooding forced the cancellation of the tournament last year.

(Reporting by Andrew Both in Cary, North Carolina, editing by Nick Mulvenney)