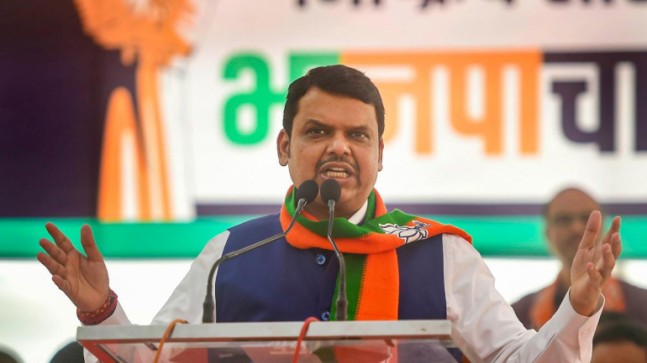 Former Maharashtra chief minister and sitting Leader of Opposition Devendra Fadnavis was forced to withdraw his appeal asking people to take to the streets to light a lamp on Sunday evening. Fadnavis landed at the receiving end of criticism for the statement that was released by his official team.

On Saturday, Fadnavis’s social media team uploaded a video where the former CM is appealing to people to participate in the PM’s call of ‘Light a lamp’ drive on Sunday evening. “Every citizen should participate in the drive-by lighting a lamp and come to their doors, Streets, terraces…” Fadnavis is seen saying in the video.

Why is the former chief minister asking people to go to their terraces or take to streets with torch and candles?

Has he distanced himself from sanity?pic.twitter.com/emLBMZtl63

Social media users targeted Fadnavis over the appeal. Netizens slammed the former CM with some even demanding action.

The Maharashtra Congress trained its guns on Fadnavis. “I strongly condemn the irresponsible statement from the leader of the opposition. We have seen that on the earlier call of Modi Ji of thali bajao how many BJP followers came on street and made a mockery of social distancing. Does BJP want to make Markaz 2.0? We demand an unconditional apology from BJP,” Sachin Sawant spokesperson of the Maharashtra Congress told India Today.

After the backlash, Fadnavis on Sunday morning tweeted a different video asking people to merely light a lamp at their doors or terraces. From this new video, any reference to the appeal to take to the streets was missing.