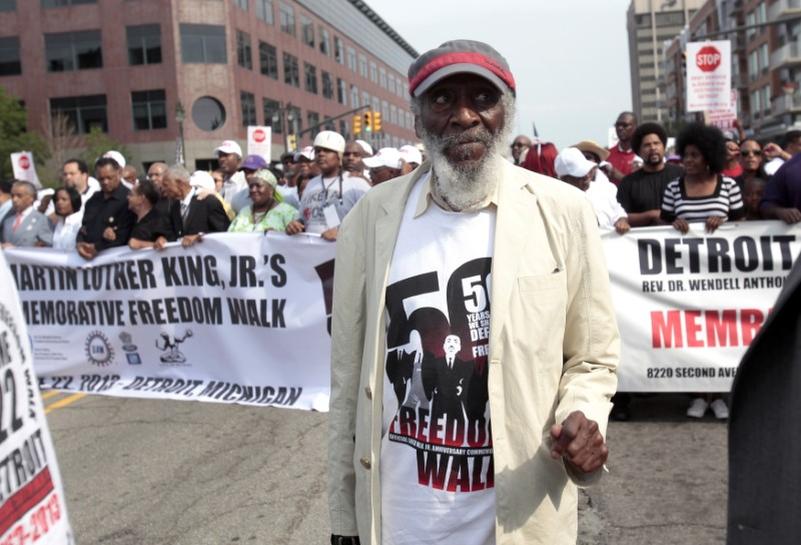 (Reuters) – Comedian Dick Gregory, who took an active role in the civil rights movement in the United States in the 1960s, has died at age 84, his son said on social media on Saturday.

“It is with enormous sadness that the Gregory family confirms that their father, comedic legend and civil rights activist Mr. Dick Gregory departed this earth tonight in Washington, D.C.,” his son, Christian, wrote on Instagram.

Gregory, who was born in St. Louis, Missouri, gained his first major break in stand-up comedy when Playboy founder Hugh Hefner saw Gregory’s act and hired the comedian to perform at his night club in the early 1960s.

Gregory’s comedy tackled racial prejudice and he became a pioneering figure for other African American comedians. He released a number of comedy albums and appeared on television talk shows.

He also took part in civil rights demonstrations and befriended Martin Luther King Jr. Gregory was jailed in Birmingham, Alabama, during one protest in 1963.

In the early 1970s, Gregory left stand-up comedy to spend more time on political activism and in the 1980s he turned his focus to promoting healthy eating.