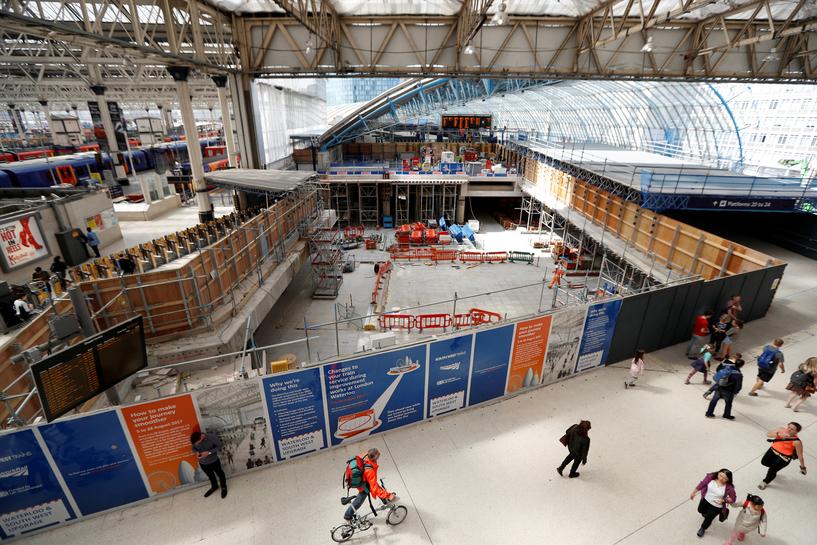 LONDON (Reuters) – Thousands of commuters faced disruption to their journeys into central London on Monday due to major engineering works at Waterloo, Britain’s busiest rail station, which will last for most of August.

Nearly half of the station’s platforms were closed and significantly fewer trains were running than usual at Waterloo, the London rail hub for services from southwest England and the south coast.

The works, which will increase capacity by extending several of the station’s platforms, began over the weekend and are due to continue until Aug. 28.

“It’s three weeks of intensive activity, 24 hours a day, with a 1,000 people working on this site so there really is no alternative but to do it in this way,” Mark Carne, Chief Executive of Network Rail, which owns and operates Britain’s railway infrastructure, told Sky News.

“We choose to do it in August because there are fewer people traveling in the August month anyway so it actually is the time when we have the least impact on passengers.”

Waterloo handles some 100 million passenger journeys a year, and commuters were advised to take holiday, work from home or find an alternative route where possible to avoid longer journeys and queues to get into stations. Some suburban stations were closed completely.

It appeared many had heeded those warnings and stayed away on Monday, with those who did travel commenting on social media that their journey had not been as bad as they had expected.

“All things considered I think this morning’s commute went quite well. No more busy than normal despite fewer trains,” wrote user @HarriLizzi. “Thanks to everyone avoiding #Waterloo, those of us who can’t really appreciate it!”