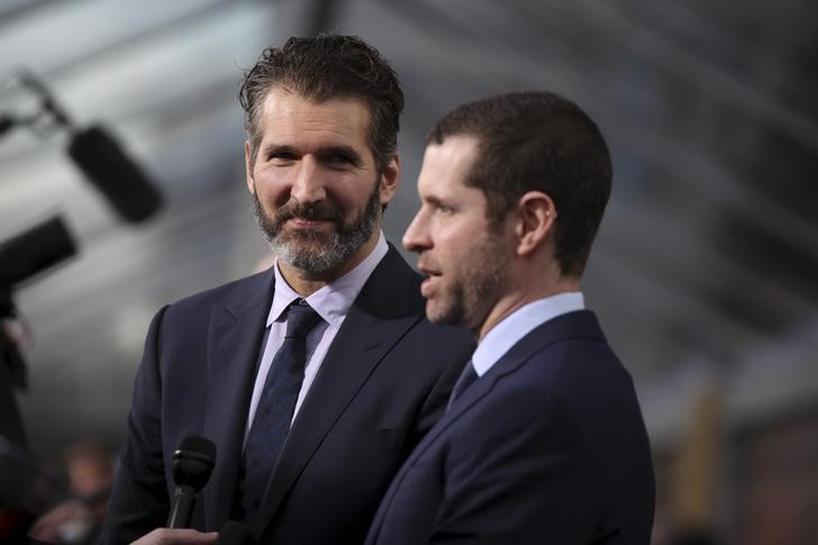 LOS ANGELES (Reuters) – The creators of the new television drama “Confederate,” set in an imaginary world where slavery still exists in the United States, defended their vision after the concept provoked outrage on social media this week.

“This is scary, for all of us … It is a pretty terrifying prospect getting into it. We knew it would be and now it’s come true,” David Benioff, one of the executive producers of “Confederate,” told pop culture website Vulture on Thursday.

Benioff and Dan Weiss, the creators of the hugely successful medieval fantasy series “Game of Thrones,” announced earlier this week that their next TV project would be “Confederate” – set in an alternative reality where slavery is still legal, southern U.S. states have seceded and the country is on the brink of a third civil war.

The show is still in the early stages of development for premium cable channel HBO, but the premise provoked a backlash on social and pop culture media as offensive and inappropriate coming from two white men.

“Give me the confidence of white showrunners telling HBO they wanna write slavery fanfic,” tweeted Pilot Viruet, a journalist with Vice.com.

Benioff and Weiss will be working with two black writers – Malcolm Spellman and Nichelle Spellman – and told Vulture.com that they did not yet have an outline or even characters for the show.

Malcolm Spellman acknowledged that the premise was “weapons-grade material,” but he said the series would provide an opportunity to look at how racism and white supremacy are “alive and real” in the United States, more than 150 years after slavery was abolished.

“I think people have got to stop pretending that slavery was something that happened and went away,” Spellman said.

Weiss agreed, saying: “It goes without saying slavery is the worst thing that ever happened in American history.”

“‘Confederate’, in all of our minds, will be an alternative-history show … It’s an ugly and a painful history, but we all think this is a reason to talk about it, not a reason to run from it. And this feels like a potentially valuable way to talk about it,” Weiss said.