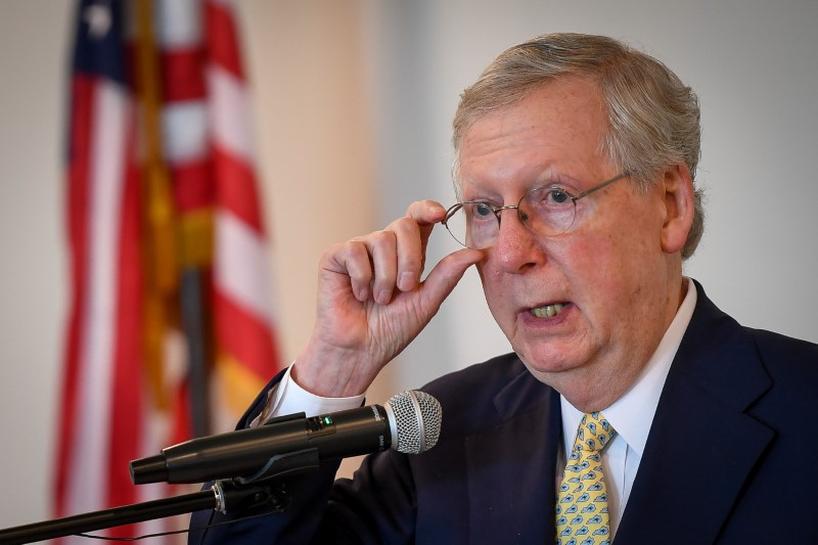 WASHINGTON U.S. Senate Republican leader Mitch McConnell said on Thursday that Congress must act to shore up private health insurance markets if it fails to repeal Obamacare, comments seen as providing a pathway to a bipartisan deal to fix the health system.

Speaking at a luncheon in his home state of Kentucky, McConnell said: “If my side is unable to agree on an adequate replacement, then some kind of action with regard to the private health insurance market must occur,” the Associated Press reported.

“No action is not an alternative,” McConnell was quoted as saying. “We’ve got the insurance markets imploding all over the country, including in this state.”

“It is encouraging that Senator McConnell today acknowledged that the issues with the (health insurance) exchanges are fixable and opened the door to bipartisan solutions to improve our healthcare system,” Schumer said in a statement.

“Democrats are eager to work with Republicans to stabilize the markets and improve the law,” he added.

Many of the individual health insurance markets established under Obamacare have struggled, hurt by an unfavorable balance of sick and healthy customers, and some insurers have pulled out because of uncertainty on whether the government will continue to fund cost-sharing subsidies to help individuals pay premiums.

Republicans have been fighting to repeal Obama’s signature piece of domestic legislation since it was first approved. President Donald Trump and Republicans in Congress made repeal a central campaign promise last year.

But efforts to replace the healthcare law this year have run into difficulties. The U.S. House of Representatives narrowly passed a replacement bill in May.

After the Congressional Budget Office estimated that 23 million people would lose insurance coverage under the House plan, the Senate made clear it would write its own bill rather than voting on the House measure.

The Senate unveiled its healthcare measure in late June. That measure’s fate was uncertain after the CBO predicted that under it 15 million people would lose health insurance in 2018, with the number growing to 22 million as a result of cuts to the Medicaid program for the poor and disabled that would take place in 2025.

At least one Republican senator publicly opposed the bill and others were critical of it. McConnell can only afford to lose two Republicans from his 52-seat majority in the 100-seat Senate and still pass the measure.

Rights group finds ‘crimes against humanity’ in China’s treatment of Uighurs
Japanese PM, Pfizer CEO discuss delivery of additional COVID-19 vaccine doses in 2021 to Japan
Japan’s hard-hit regions may slide back to COVID-19 state of emergency
40 healthcare workers in Malaysia who had both doses of vaccine test positive for COVID-19
Thai Beverage defers plans for US$2 billion Singapore IPO of regional beer assets