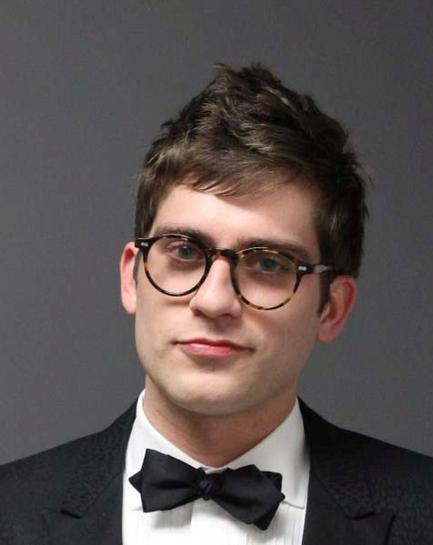 (Reuters) – A right-wing pundit was arrested following a scuffle with students at the University of Connecticut at the end of a speech titled “It’s OK to be white,” university officials said on Wednesday.

Video posted online of the Tuesday night event in Storrs, Connecticut, shows a woman approaching the lectern where Lucian Wintrich of the Gateway Pundit website was speaking and grabbing some papers. Wintrich then followed the woman into the crowd and appeared to grab her, after which a scuffle broke out that involved a police officer.

Wintrich, 29, was arrested by university police and charged with breach of the peace, then released on $1,000 bail, university spokeswoman Stephanie Reitz said in an email.

A second man, Sean Miller, was charged with breach of the peace and criminal mischief for allegedly breaking a window, she said. Miller, 19, is a student at the school.

Police were still investigating who threw a smoke bomb into the room where Wintrich spoke, she said.

“Thoughtful, civil discourse should be a hallmark of democratic societies and American universities, and this evening fell well short of that,” university President Susan Herbst said in a statement. “ Between the offensive remarks by the speaker, who also appeared to aggressively grab an audience member and the reckless vandalism that followed, that was certainly not the case on our campus tonight.”

“It’s really unfortunate that some of the kids at @UConn felt the need to be violent and disruptive during a speech that focused on how the leftist media is turning Americans against each other,” he said. “Tonight proved my point.”

The UConn College Republicans club organized the event, according to the school’s student government.

Before the speech, the student government issued a statement expressing concern about Wintirich’s message.

“The title ‘It’s okay to be white’ implies a type of speech that is offensive, divisive and counterproductive,” the group said. “We must stand for inclusion, respect and acceptance.”

Reporting by Scott Malone in Boston; editing by Jonathan Oatis