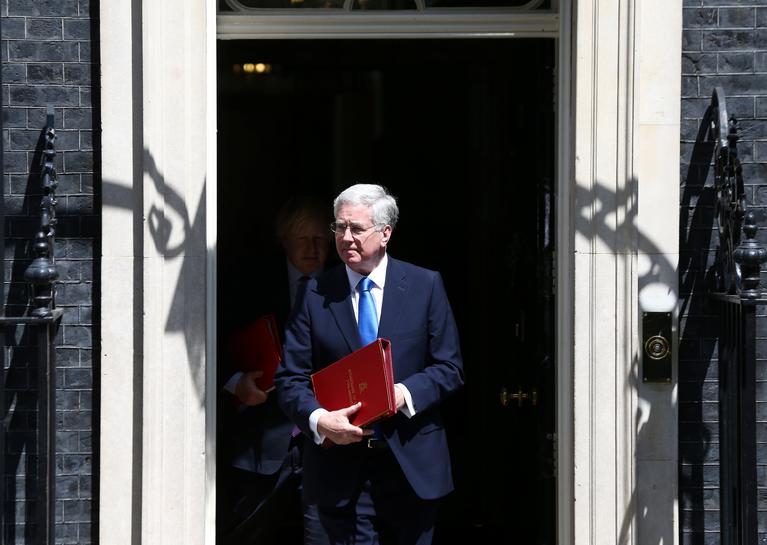 LONDON An ally of British Prime Minister Theresa May has said income tax will not rise for higher earners, making a new promise to voters less than a week before a national election with opinion polls showing a narrowing of May’s lead.

The comments from Defence Minister Michael Fallon in an interview with the Daily Telegraph suggested that the ruling Conservative Party would not increase the top rate of income tax, striking a contrast with main opposition Labour Party.

“You’ve seen our record. We’re not in the business of punishing people for getting on. On the contrary we want people to keep more of their earnings,” Fallon told the newspaper.

“The only way they can be sure their taxes won’t rise is to vote Conservative. We already know your tax will go up if you vote Labour on Thursday,” he said.

May has left open the possibility of higher income taxes by only promising no increases in value-added tax before Thursday’s vote. That marked a break from the Conservative pledge under former Prime Minister David Cameron in a 2015 election campaign not to raise income tax, national insurance contributions or VAT.

Earlier this year, May’s government was forced into a U-turn when it dropped a plan to increase national insurance contributions on self-employed workers after Conservative lawmakers protested that it broke the 2015 pledge.

Chancellor of the Exchequer Philip Hammond has said that promise makes it harder for him to bring down Britain’s budget deficit.

Labour said Fallon’s comments showed the Conservatives were protecting higher earners at the expense of the less well off.

“The mask has finally slipped,” John McDonnell, a lawmaker who would be the Chancellor if Labour win the election, said in a statement. “The only guarantee the Tories are prepared to give at this election is to big business and high earners.”

Labour has said it will raise income taxes on people earning more than 80,000 pounds ($103,152) a year, promising no increases for the other 95 percent of taxpayers.

An opinion poll published on Friday showed May’s Conservatives lead the opposition Labour Party by five percentage points, down sharply from 15 a little more than two weeks ago.

Other recent polls have also shown that May’s lead, which stood at more than 20 points when she called the campaign, has been eaten away, meaning she might no longer win the landslide she had hoped for.

May has said she wants a bigger majority in parliament to strengthen her hand as she goes into negotiations with the rest of the European Union about Britain’s exit from the bloc.