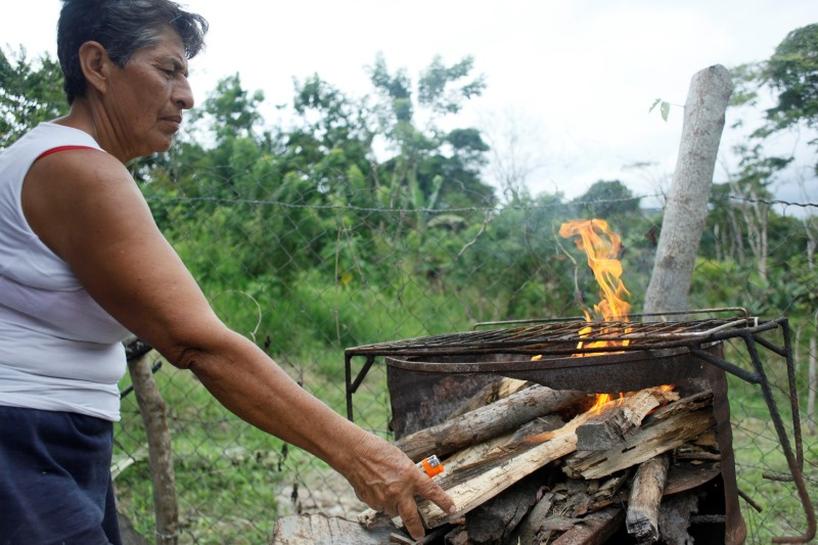 PUERTO ORDAZ/CARACAS, Venezuela (Reuters) – Venezuelan homemaker Carmen Rondon lives in the country with the world’s largest oil reserves, but has spent weeks cooking with firewood due to a chronic shortage of home cooking gas – leaving her hoarse from breathing smoke.

Finding domestic gas cylinders has become increasingly difficult, a problem that oil industry analysts attribute to slumping oil output in the OPEC nation – which is struggling under an unraveling socialist economy.

State oil company PDVSA says the problem is due to difficulties in distributing tanks amid four months of anti-government protests in which its trucks have been attacked.

“I’ve spent three weeks cooking with wood and sometimes the food does not even soften properly, I can’t stand it anymore,” said Rondon, as she lined up to buy a cylinder under the scorching sun in the city of San Felix in southern Venezuela.

More than 100 people were ahead of her in line.

Nine out of 10 Venezuelan homes rely on cylinders for home gas usage, with only 10 percent receiving it via pipelines, according to official figures. The government launched a plan 12 years ago to bring some 5 million households onto the natural gas network but was unable to follow through.

Venezuela’s socialist economy has been in free-fall since the oil price collapse in 2014, creating shortages of everything from diapers to cancer medication and spurring inflation to triple-digit levels.

President Nicolas Maduro says he is the victim of an “economic war” by the opposition, and says violent street protests are part of an effort to overthrow him.

With oil output near 25-year lows, PDVSA has been forced to import liquid petroleum gas, or LPG, which is used to fill natural gas cylinders. Venezuela imported 26,370 barrels per day of LPG in the first half of 2017, according to data seen by Reuters.

PDVSA did not respond to a request for comment.

Long lines to buy cylinders have spurred protests. Demonstrators in May burned 22 PDVSA trucks in a single day in response to the shortages.

The company says it is now distributing gas cylinders at night and before daybreak due to such protests, which also include roadblocks that prevent free movement of vehicles.

“It’s not fair that a country with so much oil is going through this,” complained Maria Echeverria, a 44-year-old homemaker, who started waiting at dawn to buy a gas cylinder in San Cristobal, near the border with neighboring Colombia.