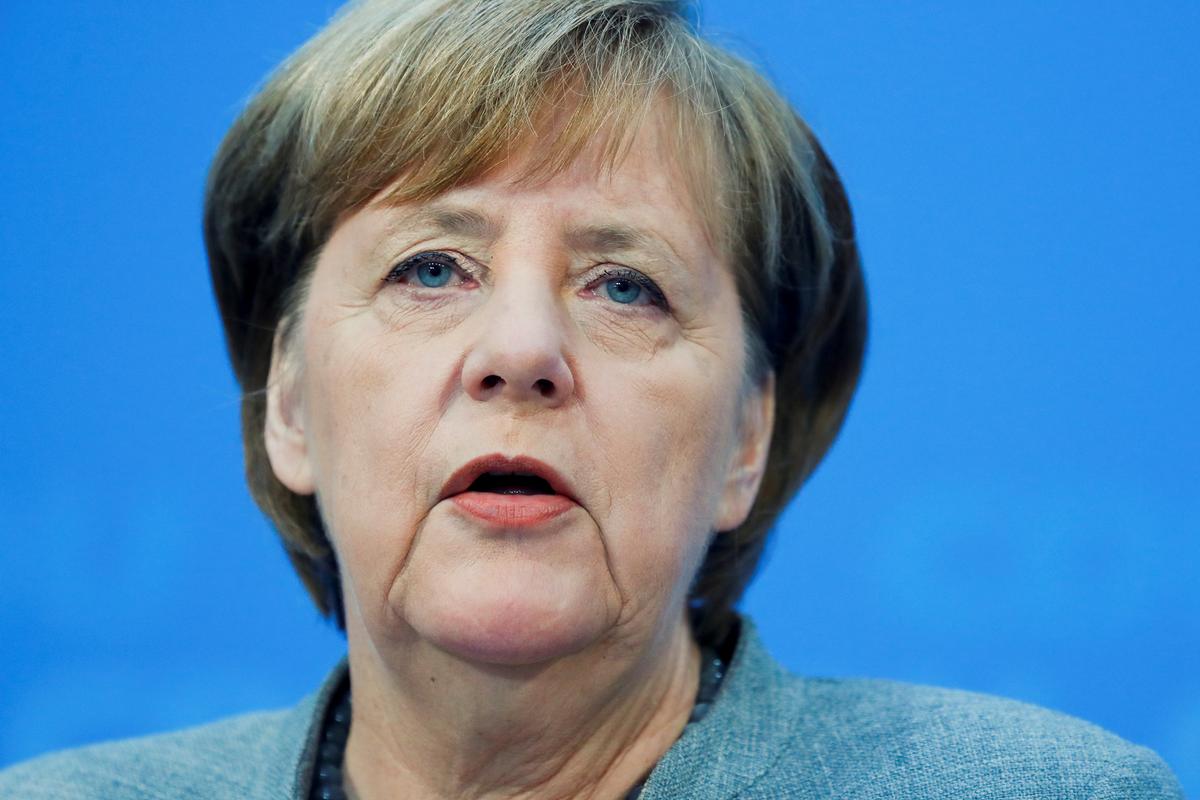 BERLIN (Reuters) – More than three months after a German election, Chancellor Angela Merkel is still scrambling to form a new government and will on Sunday launch a five-day attempt to persuade the Social Democrats (SPD) to join a coalition with her conservatives.

The SPD reluctantly agreed to exploratory talks and is playing hard-to-get. Enticing them to team up with her is Merkel’s best bet of forming a stable government and extending her 12-year tenure after her efforts to form an alliance with two smaller parties failed last year.

The SPD, which has governed in a ‘grand coalition’ with Merkel’s conservatives for the last four years, vowed to go into opposition after its worst election showing since 1933 but reconsidered when the president intervened.

Opposition to such a tie-up is strong in the SPD – a group called “NoGroKo”, meaning “no grand coalition”, has formed within its ranks to campaign against working with Merkel again, saying that would cost the SPD votes and make the far-right Alternative for Germany (AfD) opposition leader.

“We shouldn’t make things sound better than they are – the SPD is very skeptical about a re-run of the grand coalition,” senior SPD member Manuela Schwesig said in an interview with Deutschlandfunk radio.

Norbert Roemer, SPD head in the regional assembly of North Rhine-Westphalia, told the RND newspaper group no MPs in his state caucus favored a grand coalition – unlike four years ago – with past experience meaning they no longer trusted Merkel.

The grand coalition idea – usually a last resort as it leaves the opposition small – is unpopular, with a poll for broadcaster ARD showing more than half of Germans (52 percent) are skeptical while 45 percent are in favor.

But he added: “Whether that will succeed is yet to be seen. It can’t happen at any price.”

SPD parliamentary leader Andrea Nahles sounded a conciliatory note, saying she would not draw any red lines ahead of the talks, telling Bild am Sonntag newspaper: “Negotiations mean you don’t get 100 percent of your own demands fulfilled.”

If the talks prove successful, a new government will likely be in place by Easter, she said.

Horst Seehofer, leader of the Christian Social Union (CSU) – Bavarian sister party to Merkel’s CDU – said he was optimistic the parties would agree to govern together, saying: “I think we’ll manage it.”

The potential partners have agreed on a news blackout during exploratory talks, which are due to finish on Thursday. If they find enough common ground and the SPD gets backing from its members in a vote, the parties will proceed to full-blown coalition talks.

But if the discussions fail, Europe’s largest economy could either face fresh elections or, for the first time in the postwar era, a minority government under Merkel.