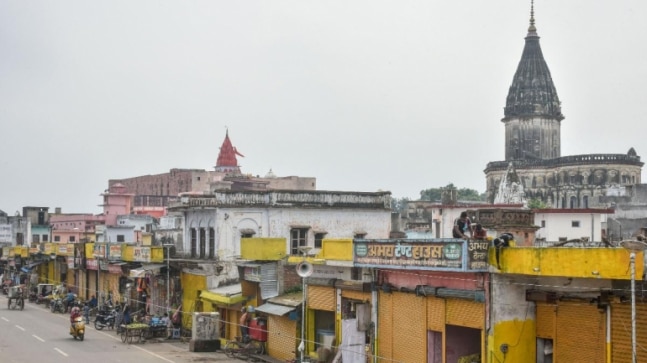 Police personnel who have tested negative for coronavirus and are below the age of 45 years will be deployed for Prime Minister Narendra Modi’s security and other arrangements in Ayodhya for the August 5 bhumi pujan for Ram Mandir construction.

The Uttar Pradesh government is sending an additional 3,500 police personnel to Ayodhya for the elaborate security arrangements for the bhumi pujan.

ADG law and order Prashant Kumar and ADG Lucknow zone Satya Narayan Sabat will lead the UP Police security arrangements in Ayodhya ahead of the bhumi pujan for Ram Mandir.

Two DIG-level officers, including SSP Ayodhya, Deepak Kumar and 8 superintendent of police will be in the temple city to look after the security measures.

UP Chief Secretary RK Tiwari will be chairing a meeting on the security arrangements in Ayodhya and ADG Lucknow zone Satya Narayan Sabat will leave for Ayodhya soon after the meeting.

Prime Minister Modi is likely to attend the bhumi pujan event on August 5 although there has been no official confirmation from the Prime Minister’s Office so far.