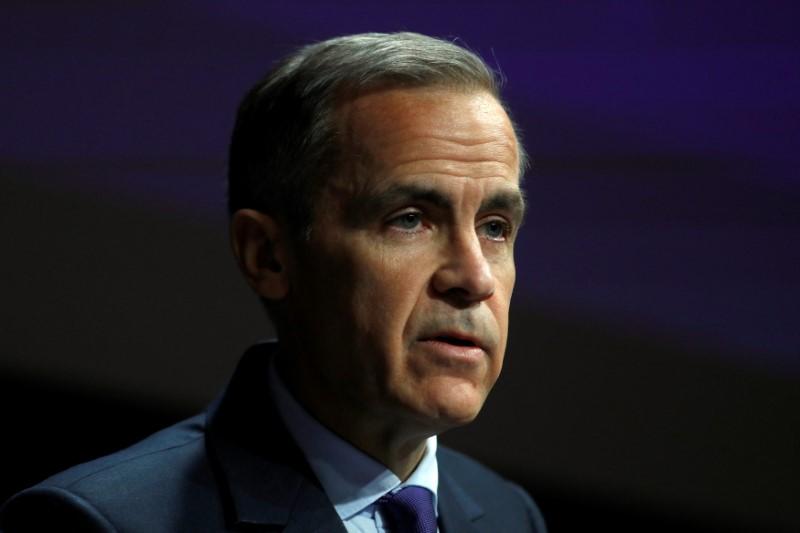 LONDON (Reuters) – Cryptocurrencies such as Bitcoin are failing as a form of money and have shown clear signs of being a financial bubble, but their technology could improve the financial system in future, Bank of England Governor Mark Carney said on Friday.

The Governor of the Bank of England, Mark Carney, speaks to the Scottish Economics Forum, via a live feed, in central London, Britain March 2, 2018. REUTERS/Peter Nicholls

Carney joined a chorus of concern among global policymakers over the rise of digital currencies, saying authorities needed to prevent their use by criminals and new rules were needed to treat them like other assets.

Despite the surge in interest in cryptocurrencies, they were no substitute for cash or payment cards, he said in a speech.

“The long, charitable answer is that cryptocurrencies act as money, at best, only for some people and to a limited extent, and even then only in parallel with the traditional currencies of the users,” he said.“The short answer is they are failing.”

Bitcoin, the best known cryptocurrency, soared in value from around $1,000 at the start of 2017 to almost $20,000 in mid-December, before tumbling below $6,000 last month and then staging a partial recovery.

Facebook (FB.O) banned adverts for cryptocurrencies last month and Carney said on Friday that younger investors, who typically invested in them, were probably less aware of the bubbles in markets that led to the 2007-09 financial crisis.

He did not call for a ban, saying cryptocurrencies did not pose a risk to the financial system and instead they should be brought into the net of regulation.

“Many cryptocurrencies have exhibited the classic hallmarks of bubbles including new paradigm justifications, broadening retail enthusiasm and extrapolative price expectations reliant in part on finding the greater fool,” he said.

Carney’s call for regulation for the sector was welcomed by a well-known cryptocurrency investor.

“Everybody who believes in cryptocurrencies agrees that we need regulation to move forwards, nobody wants this to be the wild west anymore,” Michelle Mone, a co-founder of EQUI, a platform for investment in technology companies.

Carney, who heads the a global rule-making body, the Financial Stability Board (FSB), expressed doubts about cryptocurrencies earlier this year and his speech, intended for a Scottish student economics conference, expanded on these.

The Governor of the Bank of England, Mark Carney, speaks to the Scottish Economics Forum, via a live feed, in central London, Britain March 2, 2018. REUTERS/Peter Nicholls

“Crypto-assets raise a host of issues around consumer and investor protection, market integrity, money laundering, terrorism financing, tax evasion, and the circumvention of capital controls and international sanctions,” he said.

Finance ministers and central bankers from the Group of 20 major world economies will meet in Buenos Aires in two weeks’ time, and cryptocurrencies are likely to be on the agenda.

However, Carney said regulations would be done on a country-by-country basis initially.

This week, the European Union’s financial services chief said Brussels was ready to regulate cryptocurrencies if risks from the sector are not tackled at the global level.

Bitcoin was likened to a“Ponzi scheme” by the head of the Bank for International Settlements, Agustin Carstens, last month. And China recently banned financial institutions from handling cryptocurrencies.

Carney said that approach risked stifling potentially big opportunities to streamline payments systems, making it easier for example for people in a pub to split the cost of a round of drinks without involving the traditional banking system.

The distributed-ledger technology underlying cryptocurrencies could improve cash settlement in the banking system and other asset transactions, he said.

“Even if the current generation is not the answer, it is throwing down the gauntlet to the existing payment systems. These must now evolve to meet the demands of fully reliable, real-time, distributed transactions,” Carney said.

Distributed-ledger technology could also be used for tax and medical records, and business supply chains, though a central bank operated digital currency, he said.

Carney delivered the speech at Bloomberg’s London office, with a video link to Edinburgh, after heavy snow prevented him from delivering the speech as planned in the Scottish capital.