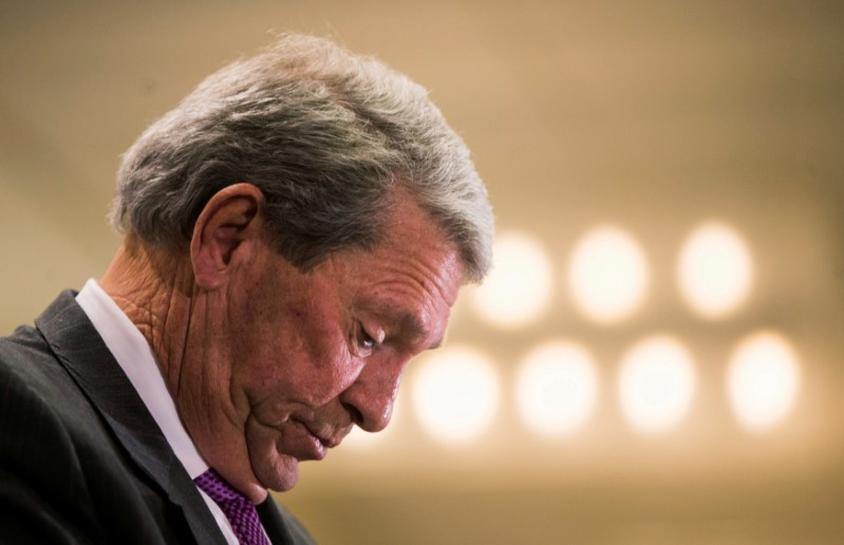 (Reuters) – The resignation of two prominent female executives at CSX Corp (CSX.O) hours before CSX canceled a long-planned investor conference this week rattled employees and investors on Thursday, sending the No. 3 U.S. railroad’s shares down 1 percent.

The resignations prompted concerns over the health of 72-year-old Chief Executive Hunter Harrison, and fears of deeper turmoil as CSX undergoes a major overhaul.

“We think investors suspect there could be something else behind this,” said Cowan & Co analyst Jason Seidl, adding that he received many calls and emails from concerned investors. “We do not think the departure of these three people, long-tenured executives at the firm, came on completely amicable terms.”

Jim Foote, who worked for Harrison at Canadian National Railway Co (CNR.TO) and is well-versed in his “precision scheduled railroading” model for driving efficiency, will replace Chief Operating Officer Cindy Sanborn and Chief Sales and Marketing Officer Fredrik Eliasson, who both plan to resign next month.

CSX said the decision to postpone the investor conference was “to allow Mr. Foote to familiarize himself with the company’s operations and the teams he is now leading, so he would be in a better position speak to CSX’s future opportunities.”

Harrison praised the departing executives in an internal e-mail seen by Reuters.

“Although we will miss the talents of these valued leaders, we are pleased to welcome another highly capable leader to our executive team,” he said.

One senior CSX manager who spoke to Reuters on condition of anonymity said Sanborn’s resignation was deeply unsettling. Sanborn joined CSX in 1987, is the daughter of a former president of Conrail, acquired by CSX and Norfolk Southern (NSC.N) in 1997, and holds $6.47 million in CSX shares.

“She is not the kind of person who would automatically resign unless she was forced to,” the manager said.

Another Midwest-based employee said the departures suggested Harrison was removing executives who disagreed with his operating philosophy.

Morningstar analyst Keith Schoonmaker wrote in a client note that changes matched Harrison’s record at Canadian railroads he turned around before taking the helm at CSX in March.

“It’s hard to argue with his results at Canadian National and Canadian Pacific (CP.TO),” Schoonmaker wrote.

CSX shares closed down just over 1 percent at $52.35 on Thursday, but are up nearly 46 percent so far this year.