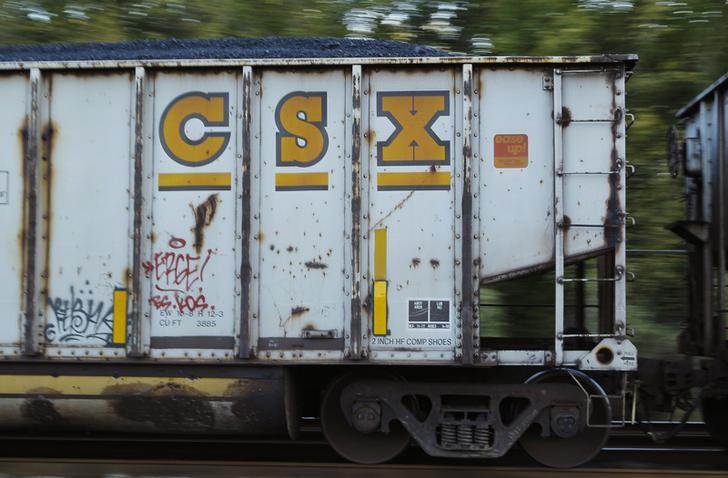 (Reuters) – U.S. railroad operator CSX Corp on Thursday reaffirmed its longer-term plan for boosting profitability and outlined financial targets for the next two years, ahead of its first investor day after the death of former chief executive officer, Hunter Harrison.

Harrison, a favorite of investors for leading turnarounds of two Canadian railroads, died in December just eight months into an overhaul that included shutting multiple rail yards, deep job cuts, mothballing locomotives and running trains on tight schedules rather than based on customer needs.

The railroad reaffirmed that it would substantially lower its operating ratio – a closely watched measurement of profitability – to 60 percent by 2020 from 67.9 percent at year-end 2017. The operating ratio is a measure of operating expenses as a percentage of revenue.

Florida-based CSX said it expected revenue growth at a compound annual rate of 4 percent in 2019 and 2020.

The new CEO, Jim Foote, and his management team are due to address investors at a conference in New York on Thursday, where investors will be eager for details on how much work is left to be done.

CSX shares have risen about 50 percent since January 2017 and about 12 percent since March 2017 after Harrison took over as CEO following a high-stakes push by activist investor Paul Hilal of investment fund Mantle Ridge LP.

But CSX’s share growth has come with depleted rail service. Many rail customers have seen persistent service disruptions and delays that have raised shipping costs.

Several shippers have told Reuters that service has been steadily improving from a nadir last summer, although companies like U.S. agricultural firm Cargill Inc and coal company Murray Energy Corp are still struggling with crew and rail car shortages.