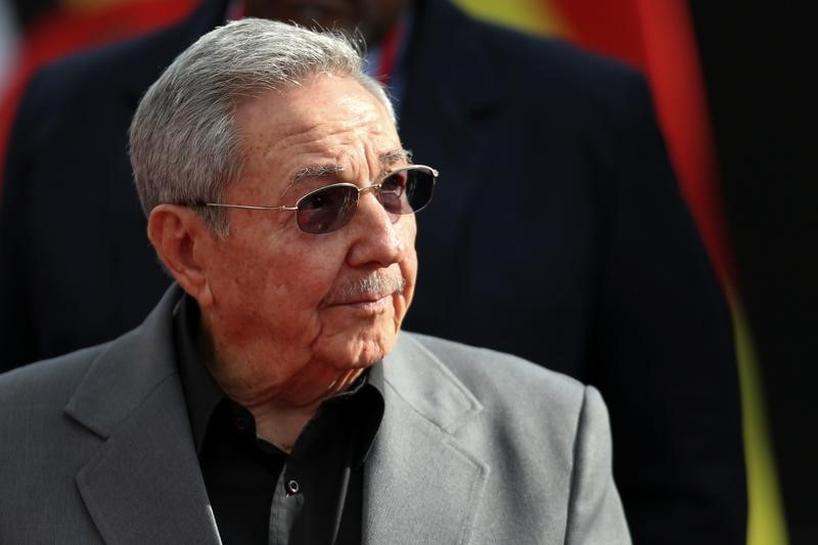 In his first public riposte to Trump since the latter unveiled his new Cuba policy last month, Castro told the national assembly that any attempt to topple the revolution would fail, as it had under 11 previous U.S. presidents.

“We reject the manipulation of the topic of human rights against Cuba, that can be proud of much in this area, and does not need to receive lessons from the United States nor anyone,” Castro was quoted as saying by state-run media Cubadebate.

Foreign media does not have access to the twice-yearly meetings of the national assembly.

Trump said last month he was canceling former President Barack Obama’s “terrible and misguided deal” with Communist-run Cuba. In reality, he left in place many of Obama’s changes, including the reopened U.S. embassy in Havana.

But he ordered tighter restrictions on Americans traveling to Cuba and a clampdown on U.S. business dealings with the military in the Caribbean island.

Castro said Cuba remained open to negotiating matters of bilateral interest with the United States, sticking to the relatively conciliatory tone it has struck of late.

“Cuba and the United States can cooperate and live side by side, respecting their differences,” he said. “But no one should expect that for this, one should have to make concessions inherent to one’s sovereignty and independence.”

Castro said Trump had clearly been ill-informed about Cuba’s history with the United States and Cubans’ patriotism.

The setback in the normalization of relations with the United States comes as Cuba already faces a wide array of political and economic challenges.

Castro has seven months to go before he steps down as president, although he will remain head of the Communist Party, in which political power is vested in Cuba. His generation, which has ruled Cuba since the 1959 revolution, is dying.

Meanwhile, Cuba’s main political and trade ally Venezuela is in crisis with triple-digit inflation and shortages of food and medicine fanning protests against the socialist government.

Castro on Friday reiterated Cuba’s solidarity with Venezuela, saying the country was suffering a “nonconventional war imposed by imperialism and oligarchic sectors” that were fomenting violence in the streets.

Despite lower oil shipments from Venezuela, the Cuban economy managed to grow 1.1 percent in the first half of the year, bouncing back from a recession in 2016, Castro said.