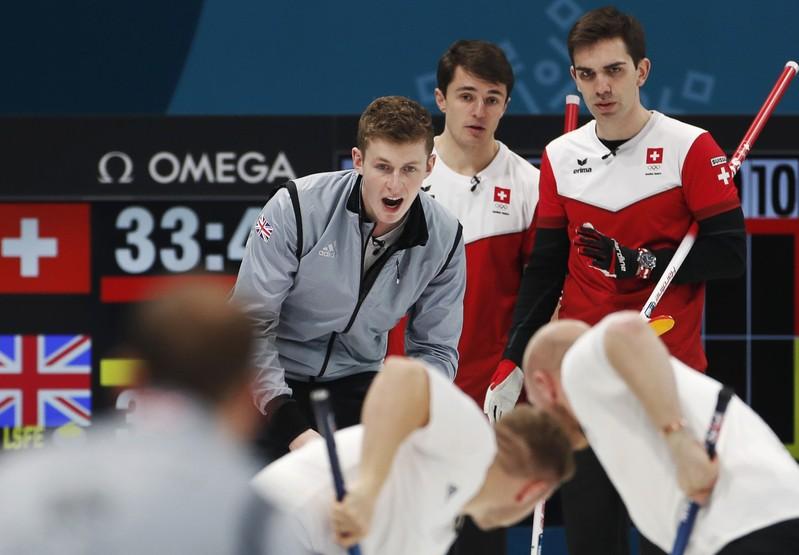 GANGNEUNG, South Korea (Reuters) – Skip Benoit Schwarz produced one of the shots of the Games to earn a rare five-pointer in the ninth end to give Switzerland a 9-5 victory over Britain in their men’s curling playoff to earn an Olympic semi-final against Sweden later on Thursday.

In the only contest in the arena, Britain started tightly and, hoping to match their women’s team’s progress to the semis, were 4-1 up after the first four ends but a couple of mistakes allowed the Swiss to level the score after six.

The Swiss were the more accurate team from then on and though the British had moved 5-4 ahead going into the ninth, Schwarz applied the coup de grace, threading a superb final shot to leave five scoring stones.

Britain, runners-up to Canada in Sochi four years ago, their only medal in the men’s event since the sport was reintroduced to the Games in 1998, were forced into the playoff after being thrashed 10-4 in eight ends by the United States on Wednesday.

The Swiss, despite losing the Britain in the preliminaries, had looked well placed to advance but suffered a shock defeat to South Korea and then also lost to the U.S. in their last game to miss their chance of direct progress.

Switzerland took gold in 1998 and have won two bronze medals since then, while their mixed team took a silver medal in the event’s Olympic debut last week.

Canada, seeking a fourth successive gold, meet the United States in the other semi-final later on Thursday.