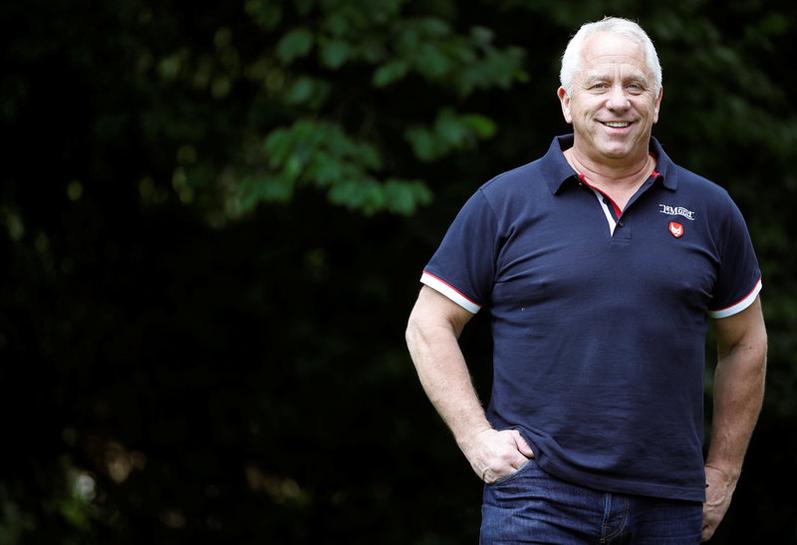 GRENOBLE, France (Reuters) – The Tour de France will go down to the wire and will be decided in the last mountain stage on Thursday at the end of another grueling ride, three-time champion Greg LeMond said on Tuesday.

The peloton will tackle the punishing ascents of the Croix de Fer, Col du Telegraphe and Col du Galibier before a downhill finish in Serre-Chevalier in Wednesday’s 17th stage.

But the 18th stage will be the crucial one, ending up the lung-busting Col d’Izoard, where the “first big battle of the climbers” will be staged according to LeMond, a Tour winner in 1986, 1989 and 1990.

“It will come down to Izoard, it will be the first big battle for climbers to win the Tour,” the American, who is on the Tour as an analyst for Eurosport, said in his daily chat with Reuters.

“We’ve never seen a really all-out day of racing since the start. In Peyragudes, they just raced in the last 500 meters.”

Wednesday’s downhill finish, with a possible headwind, would make it hard for a lone rider to go all the way to the line.

“It’s not as explosive as you think (on Wednesday). The Croix de Fer is really hard and the Galibier is really long, but it will be hard to put time into Froome,” said LeMond.

The Briton has a virtual extra advantage as he is expected to beat his rivals in the final time trial on Saturday.

“It seems everybody will wait until the last day with the mountain-top finish,” said LeMond.

“I think they will race conservatively tomorrow and wait for the Izoard.”

Last year’s runner-up Bardet might hold the key as he has been the most aggressive rider this year.

“I think Bardet will go big,” said LeMond, who believes Uran is in an ideal position.

“Uran is going to surprise, he’s been riding well and he has no pressure. Bardet, on the other hand, is under pressure. There are a lot of expectations.”

No Frenchman has won the Tour since Bernard Hinault claimed the last of his five titles in 1985.

The dark horse will be Spain’s Mikel Landa, who is fifth overall 1:17 behind his Team Sky leader Froome. He has been instructed to work for the Briton but has sometimes looked stronger than him.

Landa’s contract with Sky expires at the end of the season and he is expected to sign for the Spanish team Movistar.

“Landa has to ask himself if he wants to give the Tour de France to someone who will be his opponent next year,” LeMond concluded.

5,700 workers have yet to be scheduled for COVID-19 rostered routine testing, cannot resume work
COVID-19: New GovTech software for smart thermal scanner licensed to 4 companies for commercialisation and scaling
Studies show Perikatan Nasional government’s popularity, efficacy in COVID-19 situation: Malaysia’s PM Muhyiddin
Japan PM Suga aims to get flagship digital agency running by autumn 2021: Nikkei
Locked up, back up: The Thai dissidents who refuse to give in