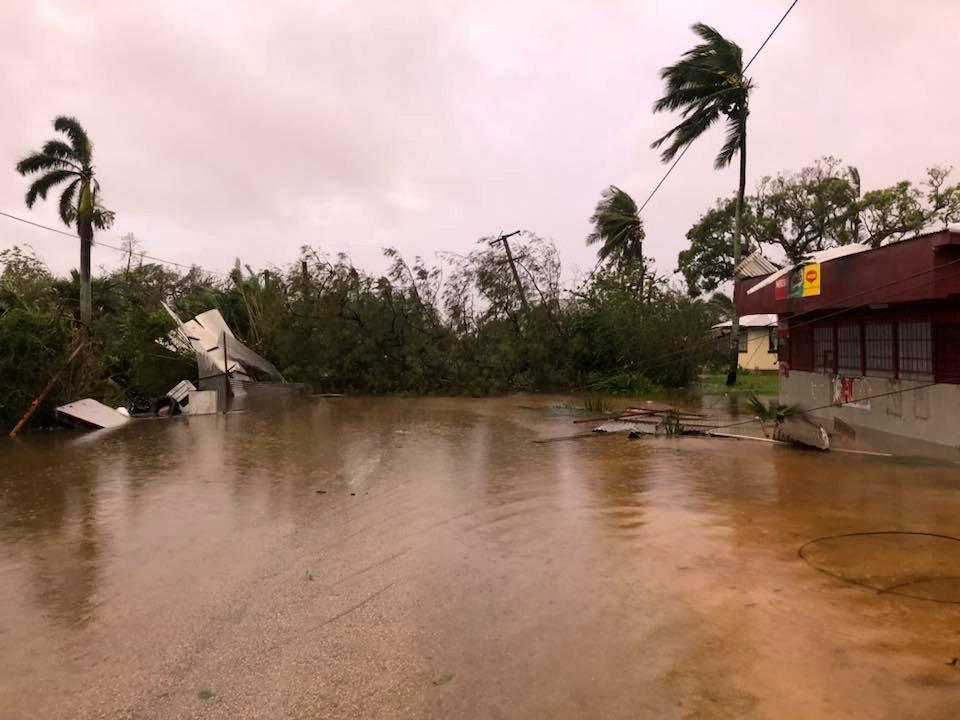 WELLINGTON (Reuters) – Tonga’s neighbors scrambled to deliver emergency relief on Tuesday after Cyclone Gita tore across the Pacific island nation in the middle of the night, flattening the parliament, tearing roofs off homes and causing widespread flooding.

There were no confirmed reports of deaths from the Category 4 storm, but there were a lot of injured people, some seriously, said Graham Kenna, an Australian government adviser at Tonga’s National Emergency Management Office.

Photos posted on social media showed a wrecked Parliament House building in the capital, as well as extensive flooding and downed power lines. Access to areas outside the capital were hindered by the storm damage and debris.

“The full extent of damage caused by Cyclone Gita is still being assessed but there is an immediate need for assistance on the ground,” NZ Foreign Affairs Minister Winston Peters said in a statement.

“About 5,700 people sought shelter in evacuation centres overnight, and it is expected these numbers will increase substantially tonight.”

New Zealand is donating NZ$750,000 ($545,000) in aid, and a NZ Air Force Hercules aircraft was due to fly emergency relief supplies into Tonga on Tuesday.

The cyclone was heading towards Fiji’s southern islands on Tuesday, with some forecasts reporting it intensifying towards a Category 5 storm. Fijian Prime Minister Frank Bainimarama warned residents to “heed warnings and prepare”, although the storm is expected to bypass heavily populated areas.

The aftermath of cyclone Gita is seen in Nuku’alofa, Tonga, February 13, 2018 in this picture obtained from social media. Twitter Virginie Dourlet/via REUTERS THIS IMAGE HAS BEEN SUPPLIED BY A THIRD PARTY. MANDATORY CREDIT. NO RESALES. NO ARCHIVES

Gita had pummeled Samoa and American Samoa, about 900 km (560 miles) to the northeast, over the weekend, flooding the Samoan capital, Apia.

Tonga’s clean-up began in the early hours of Tuesday as the tail of the cyclone was still over the capital, Nuku‘alofa.

“Every second power pole has been knocked over and the lines are just everywhere,” Kenna said, saying it would likely be days before power could be restored. Water supplies and radio networks were also disrupted.

“They turned the power off very early before the cyclone came, knowing that the power lines would be blown down, which was a good move.”

The worst of the cyclone hit around a low tide, so there were no reports of storm surges worsening the impact of the wind and rains.

Kenna estimated around 40 percent of houses in the capital had suffered some damage, many with roofs blown off.

“A lot of the older houses, especially some of the older heritage houses, have been badly damaged or destroyed, which is very sad, they’re quite historical,” he said. “They’ve been through cyclones before, but this is the biggest cyclone this island has had for at least 60 odd years.”

Reporting by John Mair in Wellington. Editing by Jane Wardell and SImon Cameron-Moore