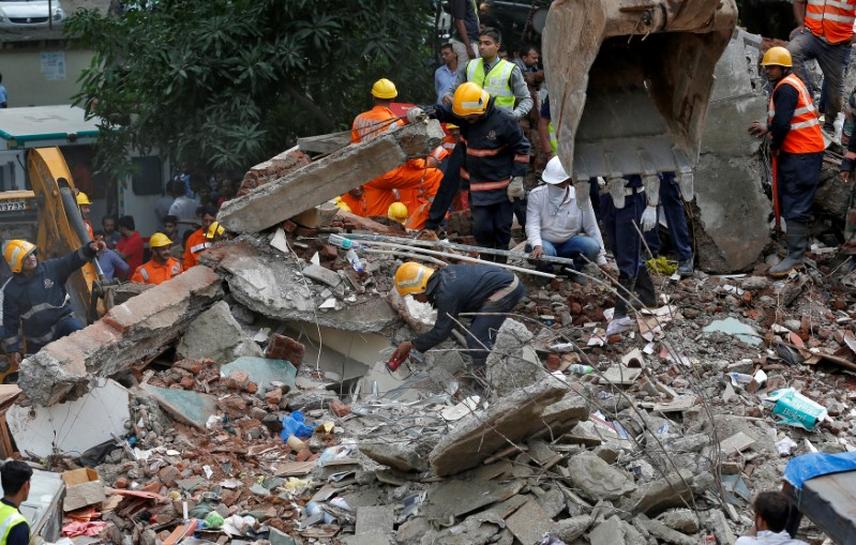 MUMBAI (Reuters) – The death toll from the collapse of a four-storey building in the suburbs of India’s financial capital, Mumbai, more than doubled overnight to 17 as rescuers removed debris searching for those still trapped, a police official said on Wednesday.

The 40-year-old building in Mumbai’s eastern suburb of Ghatkopar housed a nursing home on the ground floor and three to four families on each of the other floors.

“The building wasn’t on the list of dilapidated buildings,” Mumbai Mayor Vishwanath Mahadeshwar told reporters on Tuesday. “We will investigate whether the building fell because of an alternation in the structure.”

Search and rescue operations went on amid sporadic rain showers on Wednesday.

“There was a hospital at the basement of the building that was conducting renovation work, which could have led to the collapse of the building,” Prakash Mehta, housing minister for the western state of Maharashtra, told reporters.

In 2013, 145 people were killed in three separate building collapses around Mumbai, on India’s western coast, the highest toll in recent years.