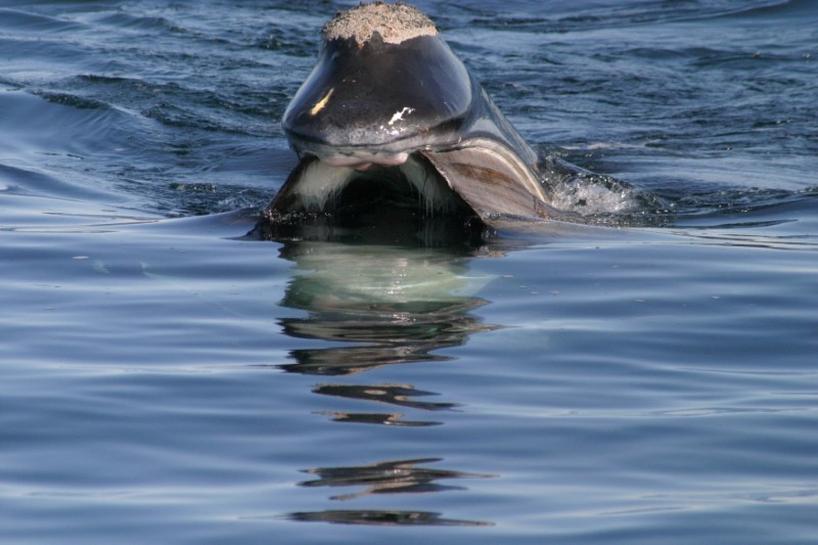 TORONTO (Reuters) – North American conservationists are scrambling to find out why North Atlantic right whales are dying in unprecedented numbers, with nine deaths in Canada’s Gulf of St. Lawrence in two months, according to Canadian authorities.

The nine deaths make 2017 the deadliest year for the endangered marine mammal since scientists began tracking their numbers in the 1980s, said Kim Davies, a Dalhousie University post-doctoral fellow who is pioneering a way to track their activity in real time.

There are only about 500 North Atlantic right whales left in the world.

Human activity has caused at least some of this summer’s deaths. Three of the whales died from blunt force trauma consistent with being struck by a large vessel, while another was killed after becoming entangled in fishing gear, Tonya Wimmer, director of the Marine Animal Response Society, said on Monday.

The carcasses of the whales are so large, Wimmer and her colleagues need a backhoe to get inside the animals to perform necropsies.

The whales, designated a species at risk, have been sighted in the Gulf of St. Lawrence in higher-than-normal numbers this summer, Davies said, possibly because their zooplankton food source is scarcer in other habitats such as the Gulf of Maine and the Bay of Fundy.

Canada’s Department of Fisheries and Oceans closed some snow crab fisheries early in response to the deaths, and has asked ships in the high-traffic Gulf of St. Lawrence to voluntarily keep their speed to 10 knots or less.

But longer-term solutions such as rules around vessel speed, routes and gear are needed to prevent more deaths like these, Wimmer said.

“This is unprecedented. And it’s catastrophic. … For the sake of the species, it needs to stop.”

MediShield Life premiums may rise by up to 35% for some, higher claim limits proposed as part of review
US Lawmaker ‘Adopts’ Jailed Vietnamese Journalist as Prisoner of Conscience
Japan PM Suga and China’s Xi agree to pursue high-level contacts in first talks
Uyghurs Under 65 Now Banned From Daily Prayers Required by Their Faith
‘Enough is enough’: China attacks US at UN Security Council