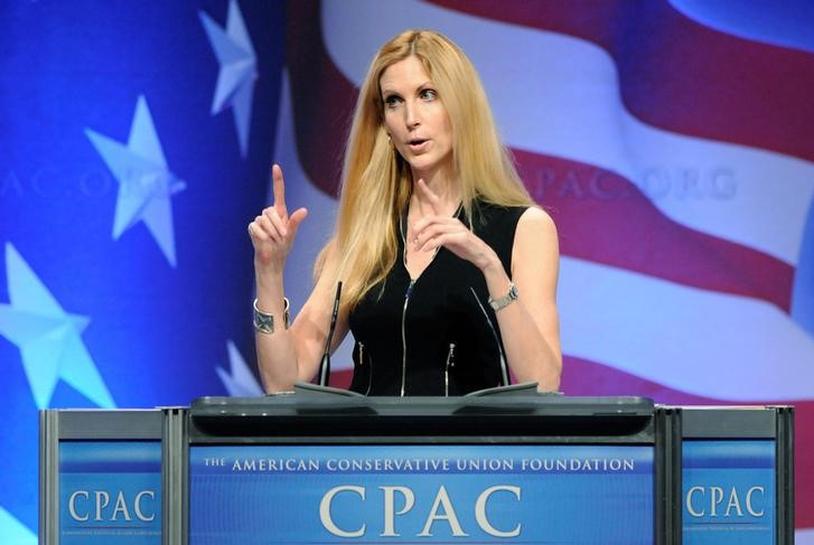 (Reuters) – Delta Air Lines Inc. said it would refund $30 to conservative commentator Ann Coulter after she unleashed a Twitter tirade over being reassigned to a seat with less leg room, and the airline called her string of insults “unacceptable and unnecessary”.

“We’re sorry you did not receive the preferred seat you paid for and will refund your $30,” the airline told Coulter on Twitter.

“Additionally, your insults about our other customers and employees are unacceptable and unnecessary,” Delta said in a second tweet.

Delta appeared to have deleted its tweets after they were posted on Sunday afternoon, but not before they were shared thousands of times.

Coulter, one of America’s best-known and most provocative pundits on the political right, ripped the airline with a series of tweets on Saturday and Sunday, saying she was “kicked out of a carefully pre-booked seat to a less desirable seat, without explanation, apology, etc”.

She also directed her ire at the “dachshund-legged woman” who took her seat with extra leg room, posting a picture of her.

Coulter, who has 1.6 million followers, likened Delta employees to Nurse Ratched, the heartless villain in “One Flew Over the Cuckoo’s Nest”, called Delta the “worst airline in America”, and suggested the ideal job for a Delta employee would be prison guard, animal handler or an East German policeman.

The incident generated some social media sympathy from people dissatisfied with airline service, a topic that went viral in April when a man was dragged off a United flight to make room for a flight crew in transit.

But some of the sentiment turned on Coulter when Delta revealed that the upgrade she was denied was worth only $30.

“Only people like Ann Coulter could make one take the side of the airline. I will book my next flight with @Delta,” said Twitter user Mark Curtis.

Delta representatives did not immediately respond to a request for comment.

Coulter responded on Twitter by saying she was still waiting for an explanation why her seat assignment was changed.

SoftBank reaches deal with WeWork
Government to double matching amount in CDA to S$6,000 for second child
Coronavirus-weary Australia hails prospect of Brisbane Olympics
Commentary: Paying for a plastic bag isn’t enough to change our dependence on it
IN FOCUS: After grappling with COVID-19 for more than a year, is Malaysia finally turning the corner?