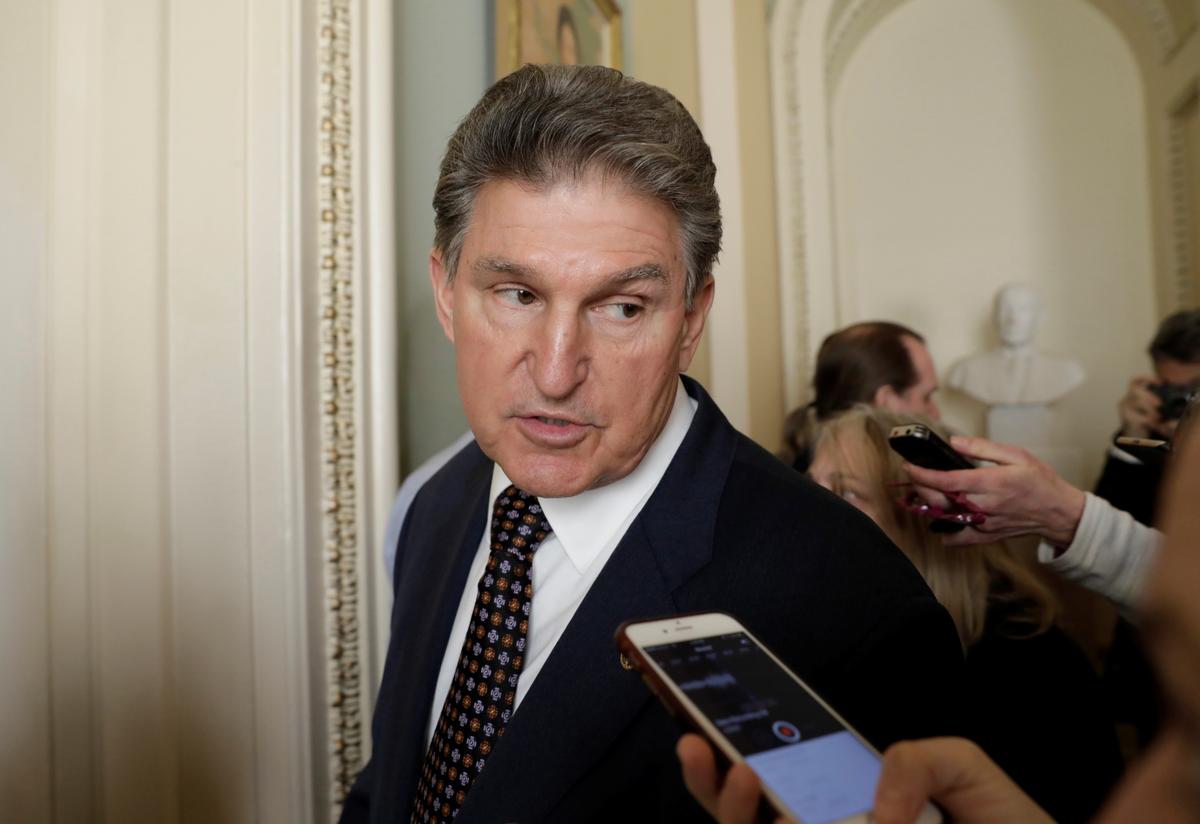 “We don’t need that type of rhetoric on either side, from Nancy, (Republican House Speaker) Paul Ryan or anybody else,” said Manchin, a West Virginian and a leader of a bipartisan Senate group working on immigration. He spoke on CNN’s “State of the Union” program.

Manchin’s comments highlighted differences among Democrats ahead of a Feb. 8 deadline for the U.S. Congress to pass another spending bill and try to reach an immigration agreement that would also protect up to 1.8 million illegal immigrants brought to the United States as children, a group known as “Dreamers,” from deportation.

Senior White House officials outlined an immigration plan on Thursday that would offer Dreamers a path to citizenship.

The proposal also would curb some legal immigration programs and build a border wall with Mexico.

The White House described the language on Dreamers as a major concession to Democrats, but leading Democrats quickly dismissed the plan as a non-starter.

Pelosi said it held Dreamers “hostage to a hateful anti-immigrant scheme” and accused the administration of Republican President Donald Trump of a campaign “to make America white again.”

In a separate interview on Sunday on NBC’s “Meet the Press” program, Manchin said he thought the White House plan was “a good starting point.”

Manchin said the bipartisan group that he and moderate Republican Senator Susan Collins lead would meet on Monday evening to examine the White House immigration outline. “I think we can find a pathway forward; I really do,” Manchin told NBC.

Collins, speaking to CBS’s “Face the Nation” on Sunday, said the group hoped to influence a proposal that the Senate’s two whips, Republican John Cornyn and Democrat Dick Durbin, are trying to assemble.

“If (Cornyn and Durbin) agree, I have a feeling that that will be a bill that can go all the way to the president’s desk, and that’s our goal,” Collins said.

The group of more than 20 senators from both parties, which has been dubbed the “Common Sense Coalition,” helped to end a three-day U.S. government shutdown last week.