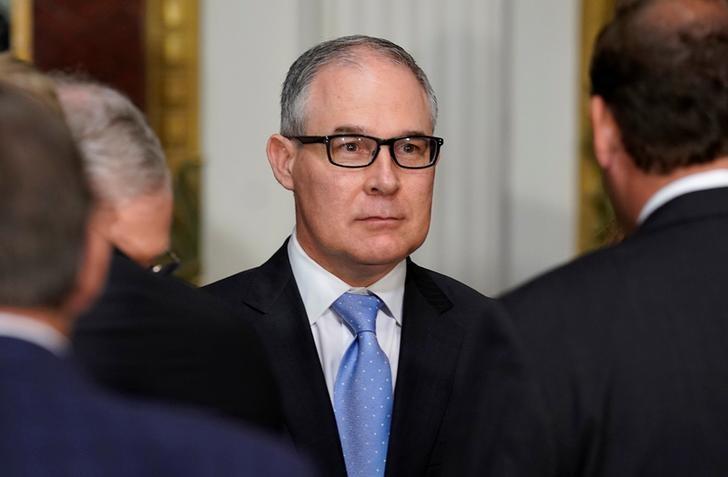 WASHINGTON () – The top Democrat on the Senate environment committee on Monday asked the Environmental Protection Agency’s internal watchdog to audit a recent trip to Morocco by the agency’s head to determine if it was in line with the EPA’s mission.

Senator Tom Carper asked EPA Inspector General Arthur Elkins to expand its current audit of Pruitt’s travel to include the trip to Morocco as part of a U.S. trade mission.

”I request that you review the purpose of Administrator Pruitt’s travels to determine whether his activities during each trip are in line with EPA’s mission ‘to protect human health and the environment,’” Carper wrote in the letter to Elkins.

Traditionally, the EPA, which regulates clean air and water, does not promote the U.S. energy industry.

Last week, the EPA announced that Pruitt attended bilateral meetings in Morocco where he “outlined U.S. environmental priorities for updating the Environmental Work Plan under the U.S.-Morocco Free Trade Agreement and the potential benefit of liquefied natural gas (LNG) imports on Morocco’s economy.”

Liquefied natural gas is produced by cooling natural gas until it is condensed into a liquid, allowing it to be shipped via tanker instead of moved by pipeline. It is reconverted into gas at the other end.

When asked why the head of the EPA was involved in touting LNG, EPA spokesman Jahan Wilcox said Pruitt discussed the role of U.S. technology and innovation abroad, “including but not limited to LNG.”

It ”only serves to emphasize the importance this administration has placed on promoting U.S. businesses,” Wilcox said.

Carper said the Morocco travel has cost taxpayers $40,000 and that gas exports do not fall within the agency’s jurisdiction.

The Inspector General’s office is already reviewing all travel by Pruitt conducted until Sept. 30 after Democratic lawmakers asked for a review of Pruitt’s frequent travels to Oklahoma, his home state.