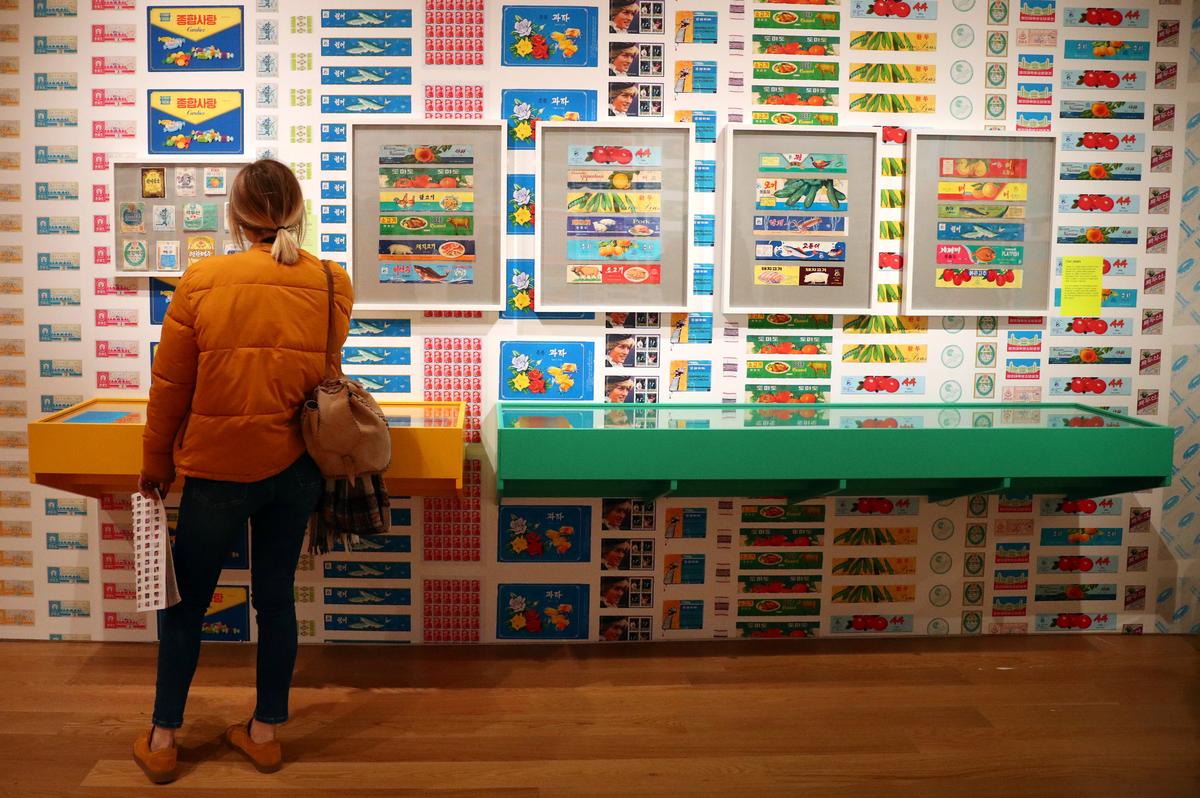 LONDON (Reuters) – North Korea makes headlines with its military parades and nuclear programme but a new London exhibition puts a spotlight on graphic design in the country.

“Made in North Korea: Everyday Graphics from the DPRK” features highly-stylised government propaganda posters and comics, as well as more run-of-the-mill items such as food packaging, ticket stubs and stamps.

The items on display at London’s House of Illustration gallery are drawn from the collection of Nicholas Bonner, who founded a Beijing-based tour company that specialised in travel to North Korea and has visited the country hundreds of times.

“We don’t understand North Korea. It’s a very complicated country. We understand elements of it but we have a very black and white viewpoint, so I think this is one of these elements to start to understand it.”

The exhibits date from the 1970s to the early 2000s, a time when designers in North Korea, largely cut off from outside influence, blended Soviet-inspired iconography with their own national aesthetic.

Despite the array of imagery portraying North Korean workers as muscular, heroic figures, Bonner said it us unlikely that the exhibition’s propaganda component would win the regime any new supporters. The exhibition runs until May 13.

8 new COVID-19 infections in Singapore, including 1 in the community
Commentary: It should not be this hard to hire a foreign domestic worker
Indian government to meet protesting farmers again as talks continue
China to force firms to report use of plastic in new recycling push
‘Cinema under the stars’ offers Indonesians safe entertainment amid COVID-19 pandemic