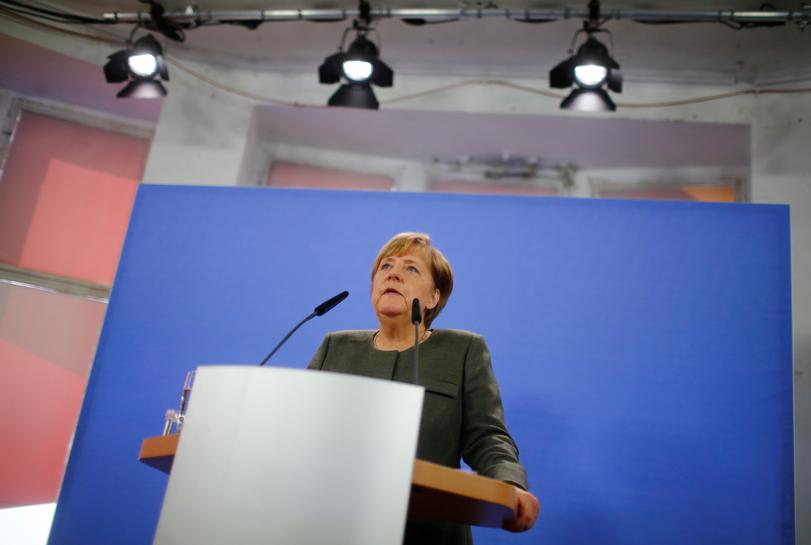 BERLIN (Reuters) – German Chancellor Angela Merkel warned on Sunday against a swift abandonment of diesel cars after a series of emissions scandals, saying the fuel is still needed if climate change targets are to be met.

Speaking at a pre-election town hall event on RTL television on Sunday, Merkel called on German carmakers, all of which have been caught using workarounds to cheat nitrogen emissions tests, to work to re-establish public trust in diesel.

“We need diesel if we are to achieve our climate protection goals,” she said.

Diesel cars emit less of the greenhouse gas carbon dioxide but emit more of the nitrogen dioxide that can cause breathing problems in high concentrations.

She told one car owner that the more modest compensation received by German car owners compared with their U.S. counterparts was the result of very different legal systems in the two countries.

Nonetheless, Germany’s carmakers needed to compensate owners whose cars were less valuable as a result of the scandal as best as possible, she said, otherwise “the German car industry, which is admired the world over, could suffer substantial harm”.

The future of the auto sector, Germany’s biggest exporter and provider of 800,000 jobs, has become a hot election issue as politicians blame executives and each other for the sector’s battered reputation after Volkswagen’s (VOWG_p.DE) admission almost two years ago that it had cheated U.S. emissions tests.

Commentary: There is a global semiconductor famine and it will not go away anytime soon
Commentary: As Big Hit searches for the next big thing, are there too many K-pop groups?
Waiting for Tokyo: How 110,000 Olympic volunteers put their lives on hold
Former Hong Kong chief does not rule out return to post
S&P 500, Nasdaq fall as high-flying tech stocks slide