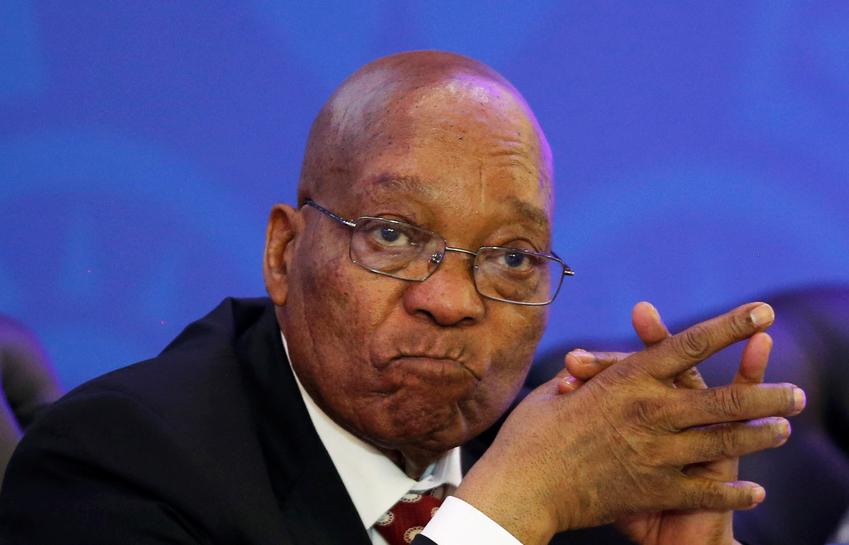 JOHANNESBURG (Reuters) – A group of investigative journalists whose slogan is “digging dung, fertilizing democracy” is holding South African President Jacob Zuma to account over his widely criticized links to a family of wealthy businessmen.

AmaBhungane, which means dung beetles in the Zulu language, was founded by three veteran reporters to expose wrongdoing in South Africa.

Together with online news site the Daily Maverick, amaBhungane in June released leaked emails and documents that they said showed allegedly improper dealings in government contracts and influence peddling by the Guptas, a family with close ties to Zuma.

Zuma and the Gupta family, which has said the emails were fake, have denied wrongdoing.

Co-founder Stefaans Brummer said amaBhungane, which was founded in 2010, had spent several years probing Zuma’s family business dealings, and had verified the authenticity of the leaked documents.

“Our very first stories as amaBhungane was a series called ‘Zuma Inc’ and we looked at the Zuma family and how its business fortunes had grown since Zuma took the office of president,” Brummer said.

He said the Gupta name popped up in several of amaBhungane’s inquiries into Zuma’s family business links and the organization was well placed to process the trove of information in more than 100,000 emails and documents.

“You fight hard for every piece of information and when something like this happens it’s like Christmas, you suddenly have a lot of information,” said Brummer.

Brummer said amaBhungane, which mostly uses external hard drives to store documents for safety reasons, had sent a copy of the leaked Gupta emails to the Organized Crime and Corruption Reporting Project – a global consortium of investigative journalism centers.

Reuters has not independently been able to verify the allegations in the so-called “GuptaLeaks” emails, sent between the Gupta brothers and their associates.

The allegations, which came after an anti-corruption watchdog report into claims of influence peddling, opened Zuma up to renewed scrutiny and deepened divisions within the ruling African National Congress.

Zuma survived an attempt in parliament to force him from office on Aug. 8, but he was left politically wounded after some ANC members voted with the opposition.

“It’s quite amazing that people in South Africa have woken up to ‘state capture’ now in 2017 when amaBhungane have been exposing this for a decade,” said Glenda Daniels, a senior media studies lecturer at the University of the Witwatersrand.

“Perhaps the nature of their exposes were rather intense and detailed for people to follow. Maybe they have now let some air into their writing and everyone is getting it.”

As a non-profit company, amaBhungane’s 8 million rand ($600,000) annual budget is funded by grants from charitable foundations and public donations. It does not sell adverts or accept funds from the government or from companies.

Sam Sole, another amaBhungane co-founder, said his desire to expose society’s injustices drove him into journalism.

Both Sole and Brummer started their journalism careers before the end of apartheid in 1994.

“During my subsequent conscription into the defense force I came face to face with the sharp, brutish reality of apartheid – and that was the impetus for my first piece of journalism,” said Sole. “Journalism, for me, was a way to fight against injustice.”

Sole and Brummer have won numerous journalism awards, including for their reporting on a 30 billion rand ($2.3 billion) deal to buy military equipment in the late 1990s that was plagued by allegations of fraud and corruption.

Zuma was linked to the deal through his former financial adviser, who was jailed for corruption. The president said last year that an investigation into the deal found no evidence of wrongdoing, but critics denounced the findings as a cover-up.

All charges against Zuma were dropped in 2009, but a court last year ordered a review of the decision. Zuma is appealing the ruling.

“The arms deal scandal lasted much longer and was much slower burning, which gave us time to develop some of the skills we use now,” Sole said.

For amaBhungane, the aim was to probe the link between politics and money.

“We set ourselves a target of trying to find that sweet spot of where organized crime, politics and business intersect,” Brummer said.

But amaBhungane has been accused by a group called Black First Land First and some on social media of being run by ‘racist white men’ and not doing enough stories on ‘white monopoly capital’, a phrase used to describe the fact that the white minority still control much of the economy.

Brummer said the criticism has not deterred amaBhungane.

“We are not going to roll over and die. Investigative journalism is what we do and what we like to do,” he said.