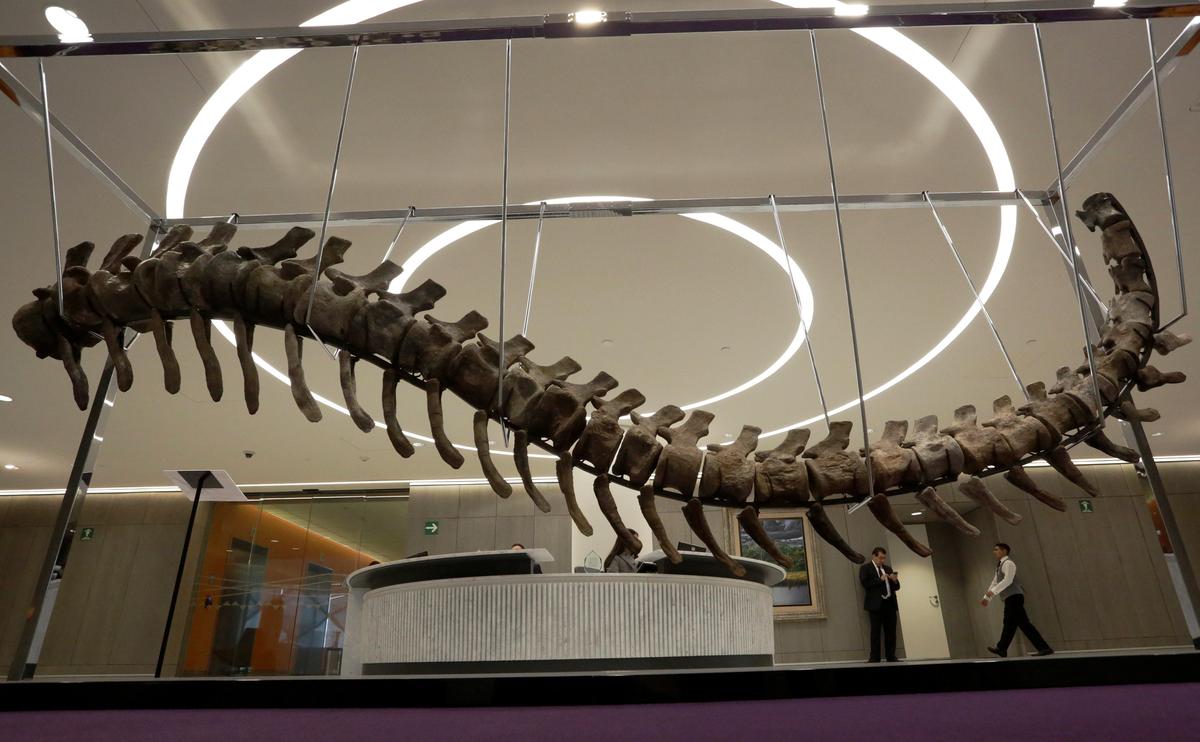 MEXICO CITY (Reuters) – A fossilized dinosaur tail discovered in Morocco will be auctioned on Tuesday night in Mexico to raise funds for the reconstruction of thousands of schools damaged by two earthquakes that struck the Latin American nation in September.

The 4-metre-(13-foot)-long, 180-kg (396-pound) tail will be offered at a reserve price of 1.8 million Mexican pesos ($95,805), according to organizer Morton’s Auction House. Anything raised above the reserve price will be donated to the BBVA Bancomer Foundation to help finance the reconstruction of some 5,000 damaged schools.

The extremity belonged to a 17-metre (56-foot), 22-tonne sauropod of the Atlasaurus imelakei species that roamed the Atlas Mountains of Morocco during the Middle Jurassic, some 165 million years ago.

The group of dinosaurs called sauropods were massive four-legged plant-eaters with long necks and long tails, and included the largest land animals ever on Earth.

The two September quakes in Mexico killed an estimated 480 people and caused billions of dollars worth in damage.

A woman takes a picture of the fossilized tail of a sauropod of the Atlasaurus imelakei species, that will be auctioned on Tuesday night in Mexico to raise funds for the reconstruction of thousands of schools damaged by September quakes, at the lobby of the BBVA Bancomer tower in Mexico City, Mexico January 16, 2018. REUTERS/Daniel Becerril

“Education is an element of enormous importance for the country, an element of social mobility, that is why we support the reconstruction of schools,” Adolfo Albo, from BBVA Bancomer Foundation, told Reuters.

Albo said the foundation hoped the tail would sell for a lot more than the reserve price.

Moroccan paleontologists took 300 hours to clean the gigantic remains of the reptile, before scientists in Utah pieced them back together.

A Mexican businessman, who asked not to be named because he did not want publicity, purchased the fossil for his collection.