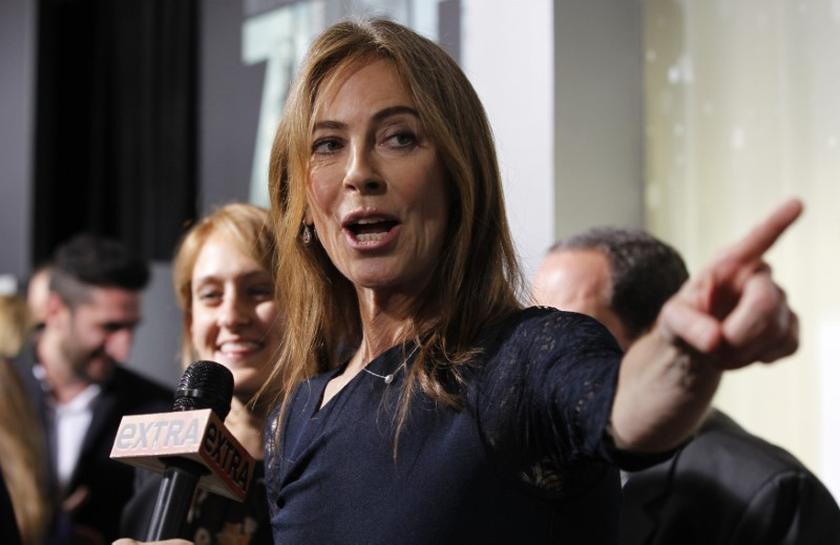 LONDON (Reuters) – Movie director Kathryn Bigelow said on Wednesday she hoped U.S. President Donald Trump would watch her new film “Detroit,” saying it might help to humanize him at a time when racial tension is roiling the nation.

“Detroit” is an unflinching look at events in the summer of 1967 riots in the U.S. city, when tensions between black residents and a predominantly white police force erupted. Reviewers have called the film powerful but painful to watch.

Director and producer Kathryn Bigelow is interviewed at the premiere of “Zero Dark Thirty” at the Dolby theatre in Hollywood, California December 10, 2012.Mario Anzuoni/File Photo

“The film is a kind of indictment against the pervasiveness of racism. And obviously we see that pervasiveness occurring yet again a few days ago in Charlottesville,” Bigelow told reporters in London at the movie’s British premiere.

Trump has inflamed tension after a deadly rally by white nationalists in Charlottesville, Virginia last weekend by blaming both left- and right-wing extremists for violence, reigniting a firestorm over U.S. race relations.

Bigelow said she “would encourage him (Trump) to see the movie only in the hope that it might humanize, perhaps something that is unimaginable for him.”

“But my small platform is as a filmmaker and so I hope that I’ve sent a message to the world that we have to begin to talk about the inequity,” she added.

“Detroit” opened in U.S. movie theaters earlier this month and comes to Europe next month.