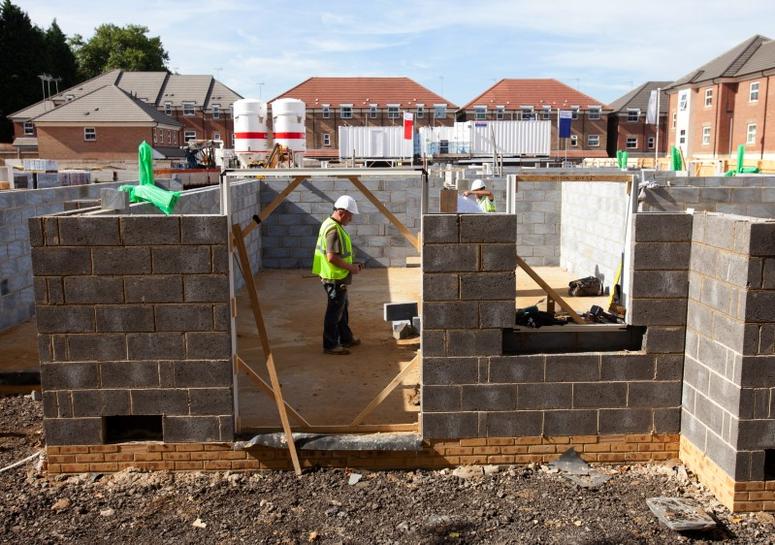 Banks have taken a more cautious approach on funding given a slowdown in UK property markets and tighter scrutiny from regulators, and are instead choosing to focus on larger players.

“Confronted by continued borrowing constraints and often faced by long waits for payment, they (directors) are ploughing significant amounts of their own money into their businesses to ensure they remain on a firm financial footing,” Funding Options CEO Conrad Ford said.

“But it is questionable whether taking such drastic personal measures is sustainable for much longer.”

Subcontractors that fail to find funding solutions could face insolvency, with the industry often requiring significant upfront cash payments to be made for materials and labour.

Most recently, troubles at large builder Carillion (CLLN.L), a key government supplier that will work on the large HS2 rail contract, have highlighted the risk subcontractors face.

Last month, the group booked an 845 million pound writedown and warned on profit, and analysts have since pointing out that it owes 800 million pounds in the form of payables to clients and suppliers, 75 percent higher than the sector average.

Over 1 billion pounds of cash is held back by Britain’s top construction companies from their small- and medium-sized contractors, according to the Specialist Engineering Contractors’ Group.

SEC, an industry body that represents about 60,000 companies, has written to the government requesting the creation of project bank accounts – or ring-fenced accounts to protect payments on running construction projects.

Funding Options said a slowdown in the property market was likely to make it even harder for subcontractors to secure lending from banks, which made losses on construction loans during the financial crisis as many groups closed shop.

Reporting by Esha Vaish in Bengaluru; Editing by Mark Potter