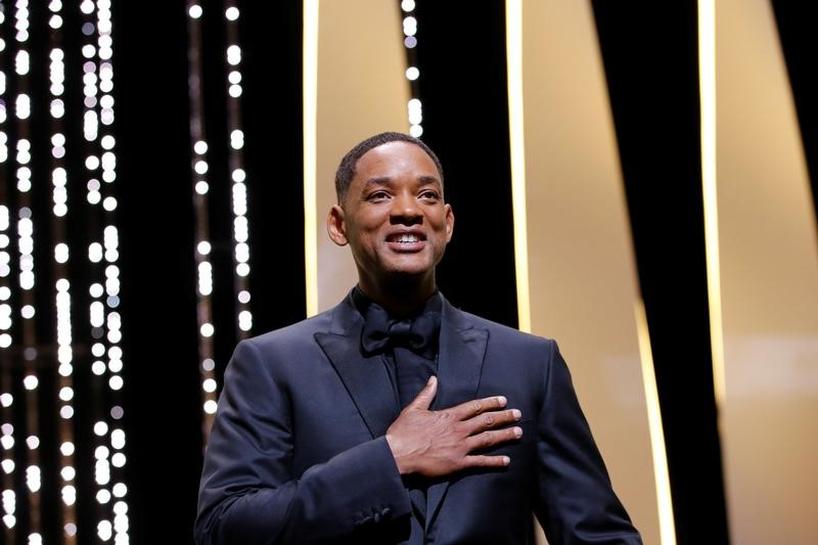 From Iron Man to Spider-Man, the cast of the upcoming ensemble “Avengers: Infinity War” gathered on stage for a superhero-sized selfie and debuted new footage for fans.

The May 2018 film, which Marvel studios President Kevin Feige said was the biggest production so far in the franchise, will unite Marvel superheroes from the last decade, including Captain America, Thor, Hulk, Black Panther and Doctor Strange, to battle intergalactic overload Thanos.

New scenes showed Thor being rescued by the Guardians of the Galaxy, teaming up with Iron Man and Doctor Strange in ravaged other-worldly landscapes where Loki wages destruction.

Disney has dominated the box office with animated and live-action films, which include the Marvel superheroes, “Star Wars,” princesses, pirates and musicals.

For the lead role in live-action Arabian tale “Aladdin,” Disney introduced newcomer Mena Massoud, after trade publications reported this week that the studio had trouble finding an actor of the right ethnicity. Naomi Scott will star as Princess Jasmine and Will Smith will play the Genie.

Fans on Saturday expecting a new trailer for the upcoming “Star Wars: The Last Jedi” were instead shown behind-the-scenes footage that included scenes with the late Carrie Fisher, who played Princess Leia.

“It’s all about family, that’s what’s so powerful about it,” Fisher said of the film in interviews taped before her sudden death in December.

Mark Hamill, who plays Luke Skywalker, said the new film had “so many unexpected elements, which is great in a ‘Star Wars’ film because it’s getting harder and harder to bring new things to the table.”

The announcement of a live-action “Lion King” film based on the 1994 animated classic, to be directed by Jon Favreau, received the warmest welcome.

Footage showed a vibrant sunset across the African plains as photo-realistic computer-generated animals congregate to welcome a baby lion.

Scenes showed Mary Poppins floating from the skies holding a kite, pulling an umbrella out of her magic bottomless bag and riding in a car with lamplighter Jack (Lin-Manuel Miranda) in a part-animated sequence echoing the original film.