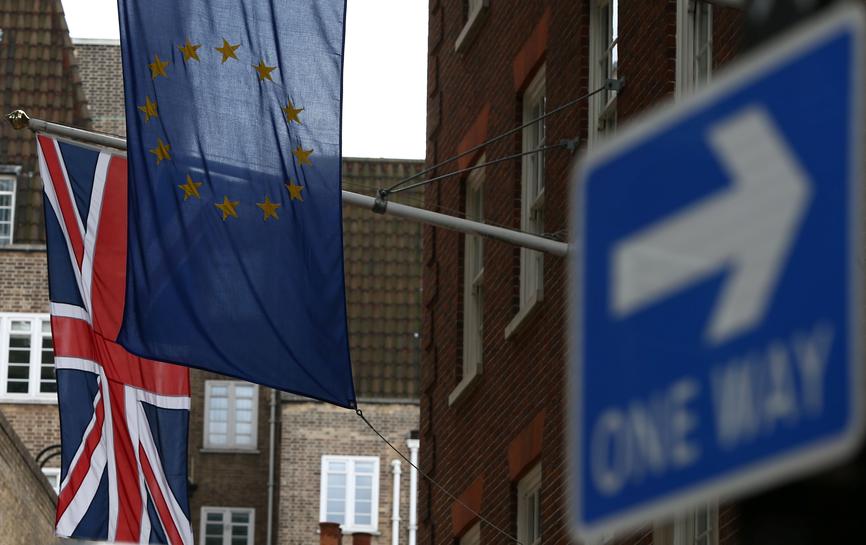 BRUSSELS (Reuters) – Divisions between Britain and the EU over mapping out their divorce will be laid bare in Brussels next week when the two sides meet for another round of negotiations whose timetable already looks tight.

London is keen to focus on what happens after Brexit but the bloc says more ground must first be covered on settling the terms of the departure, including the bill, leaving dozens of officials to pick their way through a diplomatic minefield from Monday to Thursday.

The 27 remaining EU states are also insisting on seeing progress on safeguarding expatriate rights and sorting out the future Irish border before they can declare the “sufficient progress” that would allow them to broach talks about Britain’s future relationship with the EU.

Time is short in the negotiations, which started in June and should conclude before the expected Brexit date in late March 2019. Otherwise Britain risks leaving the EU with little clarity over what happens next.

“There are no major expectations as regards next week’s round. The documents published by Britain (this week) refer more to the future relationship than the things to settle in the first place,” an EU diplomat said.

“Many matters, including the financial aspect most importantly, remain unclear from the British side. So the EU expects no big progress, which makes any ‘significant progress’ less likely in October.”

Talks have been slowed by an ill-judged snap election called by Prime Minister Theresa May that weakened her governing Conservative Party and exposed rifts among her ministers over what sort of Brexit they would seek.

Several position papers released this week have made clear London will often look to replicate as closely as possible its existing arrangements as an EU member after it leaves.

But the EU has dug in its heels, saying it wants to get much more on the three priority areas before anything else.

“We won’t be talking about the future during this round, nothing about customs arrangements or some such,” an EU official said. “We need detail, the withdrawal deal …has to be a legal text.”

One key point of contention is London’s desire, reaffirmed this week, to break free from the jurisdiction of the EU’s top court, the European Court of Justice (ECJ).

For the EU ensuring the ECJ can police the withdrawal agreement and continue to have the final say in disputes involving EU citizens residing in Britain – and vice versa – is essential.

The bloc largely brushed what May called an initial “generous offer” on citizens’ rights, saying much more detailed legal assurances were necessary.

While there is some common ground, sources on both sides say more technical work is needed. For a graphic, please see: tmsnrt.rs/2tws2uK

But the issue of money is seen by both sides as the hardest nut to crack for now.

Concerning Britain’s financial obligations towards the bloc, the EU has floated a divorce bill of around 60 billion euros (55.4 billion pounds), which London has said is far too high.

The bloc hopes to agree a formula with Britain for calculating the figure and sees that as a precondition to moving to any talks about post-Brexit arrangements.

Without an agreement on methodology, the EU has said the talks risk stalling.

But British negotiators have said they will go “line by line” through the EU’s financial expectations and reiterate next week they see the EU’s sum as excessive.

Though the EU’s chief Brexit negotiator Michel Barnier has already warned time is running out, sources on both sides of the table do not anticipate major breakthroughs next week.

Some pieces of the puzzle should however start falling into place in more talks next month, they said.

Any clear arrangements around the future border between Britain and EU state Ireland will only come in the second phase of talks anyway, as they would largely depend on the nature of the future bilateral relationship, including on customs.

While opening “phase two” talks had initially been expected in October, Barnier has already signalled this is now less likely to happen.

London has said it was still confident the EU would move towards discussing future relations by October.