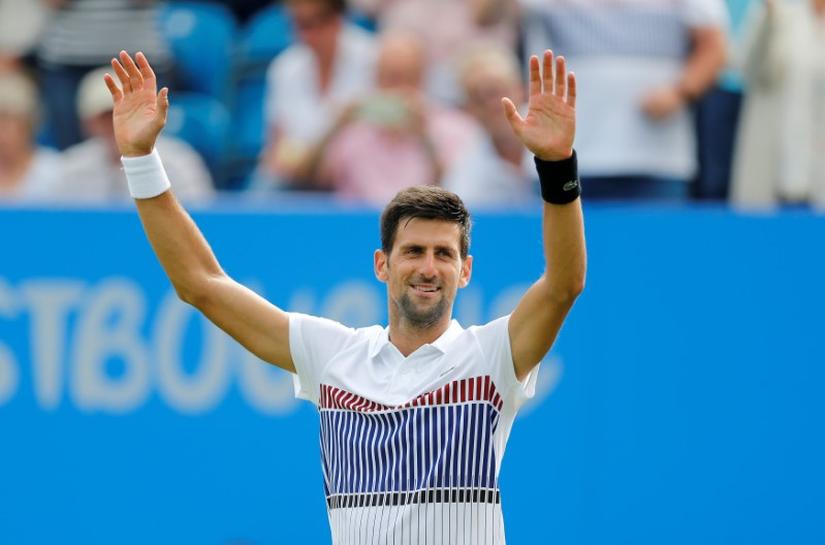 Novak Djokovic sharpened his grasscourt game ahead of next week’s Wimbledon by beating Russian Daniil Medvedev 6-4 6-4 on Friday to reach the Aegon International final on another rain-disrupted day at Eastbourne.

The Serbian world number four saved three break points at 4-4 before breaking his opponent’s serve in the next game to claim the opening set.

Medvedev conceded another break in the ninth game of the second set as Djokovic sealed the victory in 82 minutes.

Top seed Djokovic, playing in his first Wimbledon warm-up event since 2010, will be seeking his first title since claiming the Qatar Open in January.

He will meet Gael Monfils in Saturday’s final after the second seed beat Richard Gasquet 6-2 6-7(7) 7-6(4) in an all-French semi-final showdown.

(Reporting by Hardik Vyas in Bengaluru, editing by Pritha Sarkar)