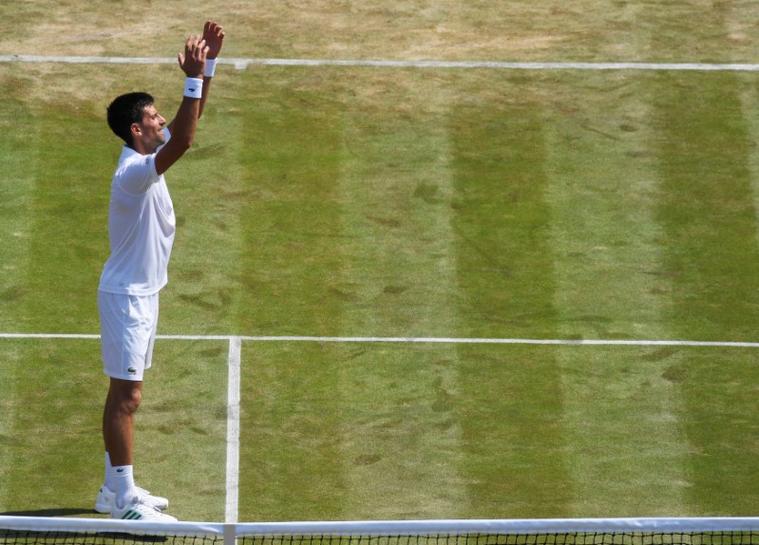 LONDON Novak Djokovic raced into the Wimbledon third round on Thursday, but has yet to be given a real workout.

The three-time champion was in relentless form as he trounced Wimbledon debutant Adam Pavlasek 6-2 6-2 6-1 in little more than 90 minutes. It was Djokovic’s first full match at the tournament after his first-round opponent retired hurt with the Serb leading 6-3 2-0.

Djokovic said afterwards that he was delighted he had only lost eight games in two rounds.

“It’s perfect — exactly what I want,” he said, grinning. “I don’t want to have any five-set matches.”

“I felt very good today in terms of my game, it just keeps going in the right direction,” added the second seed, who is looking to salvage his season after losing his Australian and French Open crowns.

Djokovic was unstoppable against Pavlasek on a sweltering Court One. He pinned his Czech opponent behind the baseline with unerring groundstrokes off both wings, moving him from side to side in the 30 Celsius heat and forcing error after error.

Pavlasek was playing his childhood hero and the 22-year-old, ranked 136, appeared overawed by the occasion. He rarely tested the 12-time grand slam champion.

Djokovic, 30, was asked afterwards whether he found it strange playing someone who had idolised him when growing up.

“Well, first of all, it makes me look old,” he chuckled. “But it is definitely very nice to hear that I inspired him, you know, with my tennis and what I have done. It’s very flattering.

“At the same time, stepping on to the same court, I try not to think about that too much and try to do what I’m supposed to do.”