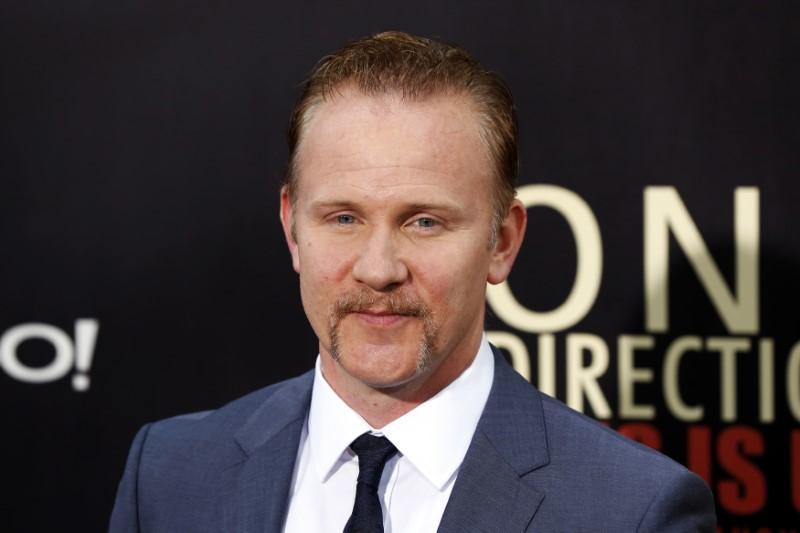 LOS ANGELES (Reuters) – Award-winning U.S. documentary maker Morgan Spurlock stepped down from his production company on Thursday after saying on social media that he had engaged in sexual misconduct.

FILE PHOTO: Director Morgan Spurlock arrives for the premiere of the documentary film “This is Us” about British boy band One Direction in New York, August 26, 2013. REUTERS/Lucas Jackson

The “Super Size Me” director posted a message through his Twitter account on Wednesday saying that he had in the past been accused of rape, had settled a sexual harassment lawsuit, been unfaithful to wives and girlfriends and made sexist remarks in his workplace.

”As I sit around watching hero after hero, man after man, fall at the realization of their past indiscretions, I don’t sit by and wonder ‘who will be next?’ I wonder, ‘when will they come for me?’

“You see, I’ve come to understand after months of these revelations, that I am not some innocent bystander, I am also a part of the problem,” he wrote.

In a statement issued on Thursday by Spurlock’s independent production company, Warrior Poets, which he co-founded in 2004, partners Jeremy Chilnick and Matthew Galkin said, “As of today, Morgan Spurlock will be stepping down effective immediately. We will continue to lead the company as equal partners, producing, distributing & creating from our independent production company.”

In recent months, a number of high-profile men in entertainment, politics, the media and business have been accused of sexual misconduct or assaulting women, and some of them have been fired or forced to resign.

Spurlock, 47, wrote that about eight years ago he settled a sexual harassment lawsuit brought by an assistant he had called “hot pants” or “sex pants” in the office.

He said that he had been “unfaithful to every wife and girlfriend I have ever had,” and that he has had a drinking problem for 30 years.

“By recognizing and openly admitting what I’ve done to further this terrible situation, I hope to empower the change within myself. We should all find the courage to admit we’re at fault,” Spurlock wrote.

Spurlock won several awards for his 2004 documentary “Super Size Me,” in which he ate only fast food from McDonald’s for a month. His other documentaries include “Where in the World is Osama bin Laden” in 2008 and “The Greatest Movie Ever Sold” in 2011.