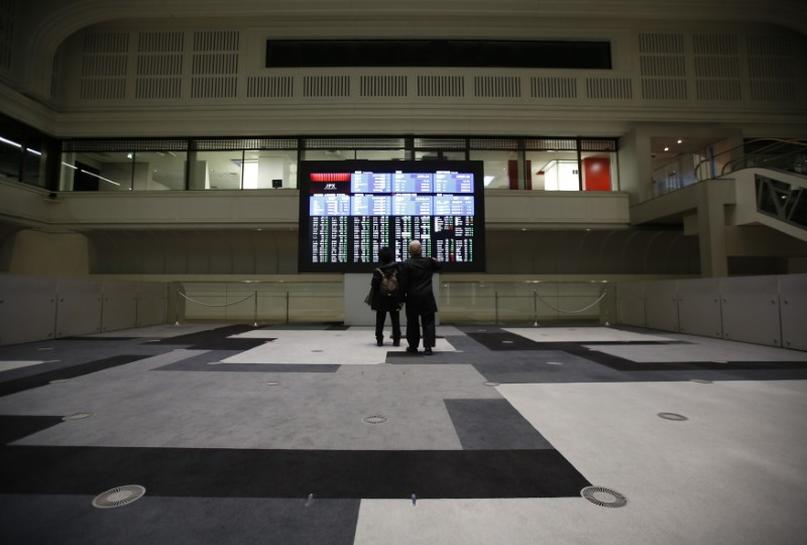 SINGAPORE (Reuters) – The dollar crept up from a 13-month low on Tuesday after stronger-than-expected readings on U.S. factory and services activity ahead of the start of a Federal Reserve meeting later in the day, but Asian stocks were subdued.

The dollar and U.S. Treasury yields rose on expectations the Fed will say it will begin reducing its bond portfolio at its September meeting.

The dollar index .DXY, which tracks the greenback against a basket of trade-weighted peers, rose 0.1 percent to 94.078 on Tuesday, after earlier revisiting its lowest level since June 2016, first hit on Monday.

On Monday, Markit’s manufacturing and services flash surveys both showed the U.S. economy beating expectations, while euro zone business growth at the start of the second half of the year slowed.

The euro EUR=EBS, which posted losses on Monday after earlier hitting a near-two-year high, extended losses a touch on Tuesday to trade at $1.16385.

“Yet, as Europe’s business surveys continue to outperform those of the U.S., last night was a minor victory at best for the greenback,” he added. “The expectation of a slightly dovish Fed and a White House seemingly in turmoil is likely to weigh further on the greenback for the foreseeable future.”

Jared Kushner, President Donald Trump’s son-in-law and senior advisor, told Senate investigators on Monday he had met with Russian officials four times last year but said he did not collude with Moscow to influence the 2016 U.S. election.

The ongoing probes into the Russia matter by congressional panels and a Justice Department special counsel, as well as weak U.S. economic data and reduced inflation expectations, have weighed on the dollar for much of the month.

MSCI’s broadest index of Asia-Pacific shares outside Japan .MIAPJ0000PUS was flat in early trade, with a number of markets looking for fresh impetus after hitting multi-year highs in recent weeks.

The dollar’s recovery weighed on gold XAU=, with the precious metal losing 0.1 percent to $1,253 an ounce.