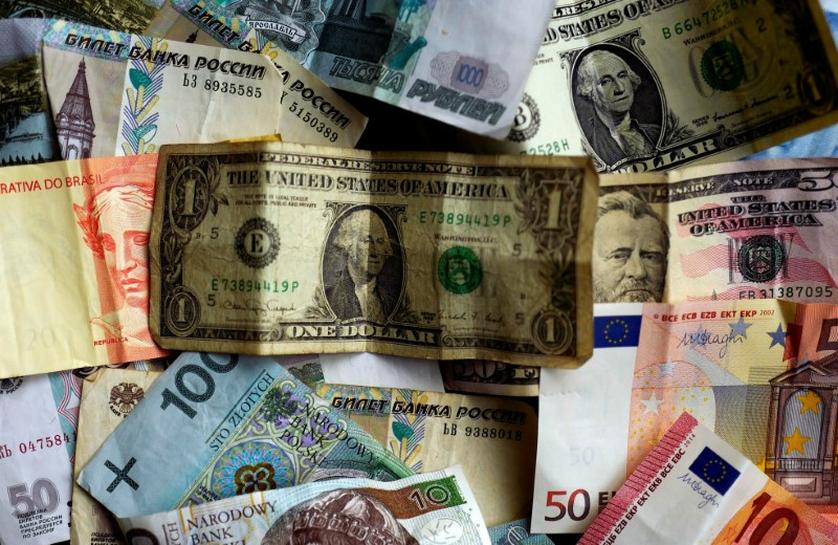 SINGAPORE (Reuters) – The dollar inched higher on Thursday, paring some of the losses it suffered after U.S. President Donald Trump suggested a shutdown of the government was possible and threatened to terminate the North American Free Trade Agreement.

Trump warned late on Tuesday he might end the NAFTA trade treaty with Mexico and Canada after three-way talks failed to bridge deep differences. He also said he may shut down the government if he does not get funding to build a wall on the U.S.-Mexico border.

Trump’s remarks came ahead of a looming debate in Congress over raising the debt ceiling, and knocked the dollar lower on Wednesday.

The U.S. Congress will have about 12 working days when it returns on Sept. 5 from its summer break to approve spending measures to keep the government from shutting down, and a deadline also is closing in for raising the cap on the amount the federal government may borrow.

The Congressional Budget Office said in June that Congress would need to raise the debt limit by early to mid-October to avoid a default.

The dollar regained some ground on Thursday. Against the yen, the dollar rose 0.1 percent to 109.19 yen JPY=, after falling 0.5 percent on Wednesday.

With a gathering of central bankers in Jackson Hole, Wyoming set to start later on Thursday, the dollar will probably lack any clear directional bias in the short-term, he said.

Yellen may try to prepare markets for the possibility of another Fed rate hike later this year, said Tan Teck Leng, forex analyst at UBS Wealth Management in Singapore.

“If anything I would suppose Yellen would want to recalibrate market expectations at least to a 50 percent chance,” Tan said.

U.S. interest rate futures are now implying about a 40 percent chance of a Fed rate hike in December.

China Increases Charges Against Publisher Who Spoke Out For Dissident
All travellers to Singapore from Malaysia, Japan to serve COVID-19 stay-home notice at dedicated facilities
South Korea’s COVID-19 third wave may be largest if not curbed, says official
Woman gets jail for abusing maid, who climbed down 15 storeys to escape
Hong Kong activist Joshua Wong detained for illegal assembly