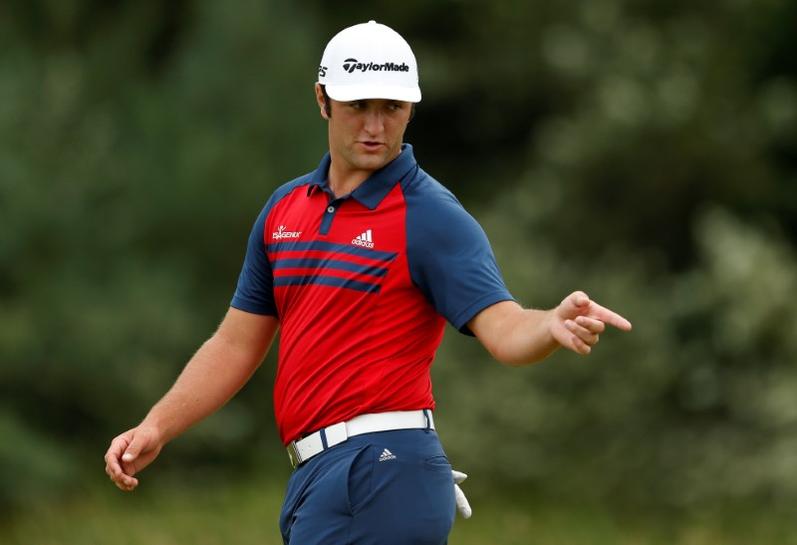 (Reuters) – It is hard to avoid talk of Spanish golfing genius at the British Open, a tournament that for so long was the personal fiefdom of Seve Ballesteros.

Now, there is a new generation to admire with the three amigos of Sergio Garcia, Jon Rahm and Rafael Cabrera-Bello easing their way into the world’s top 17. Each has a chance of being the first Spaniard to triumph since Ballesteros won the last of his three Open Championships at Lytham in 1988.

While Garcia finally ended his long wait for a major by winning the Masters earlier this year, and Cabrera-Bello last week blitzed the Scottish Open, Rahm’s name also stands out after his astonishing 24-under-par victory at the Irish Open the previous week.

The 22-year-old, who has won $5 million in less than a year since turning professional, is fine with the attention which comes with being the world number 7, but prefers to swerve the comparisons with Ballesteros.

“To whoever compares me to him, I’m never going to be Seve,” Rahm said. “If we ever see someone like him again it is going to be someone very, very special for Spanish golf and the Spanish community.

“If I’m somewhat compared to him, to see the hopes people have in me, it’s amazing. I try to take it as a positive and embrace it. If I could do a quarter of whatever he did, I’d probably be satisfied with my career.”

Rahm is the same age as Ballesteros when he won his first British Open in 1979, and hails from Barrika in Spain’s Basque country, less than 70 miles from Seve’s home town. The comparisons have been stoked further by his triumph at the Irish Open, a tournament Ballesteros won three times before his death in 2011.

But Cabrera-Bello’s subsequent victory in Scotland reminded everyone that Rahm is not the only talented Spaniard out there.

“We have to go back in history to see when two Spanish players won two in a row,” said Rahm. “[These are] Really special moments, especially Sergio having won the Masters, all three of us in the top four in the face to Dubai, high in the World Rankings.

“It has been a long time since a Spanish golfer has had such a high and it’s great I’m part of it.”

Whatever happens this week at his fourth major, Rahm is hoping for a Spanish winner on Sunday.

“I’m such good friends with the two others out there. Hopefully the other guys can feed off of that and we can keep playing good golf,” he said.