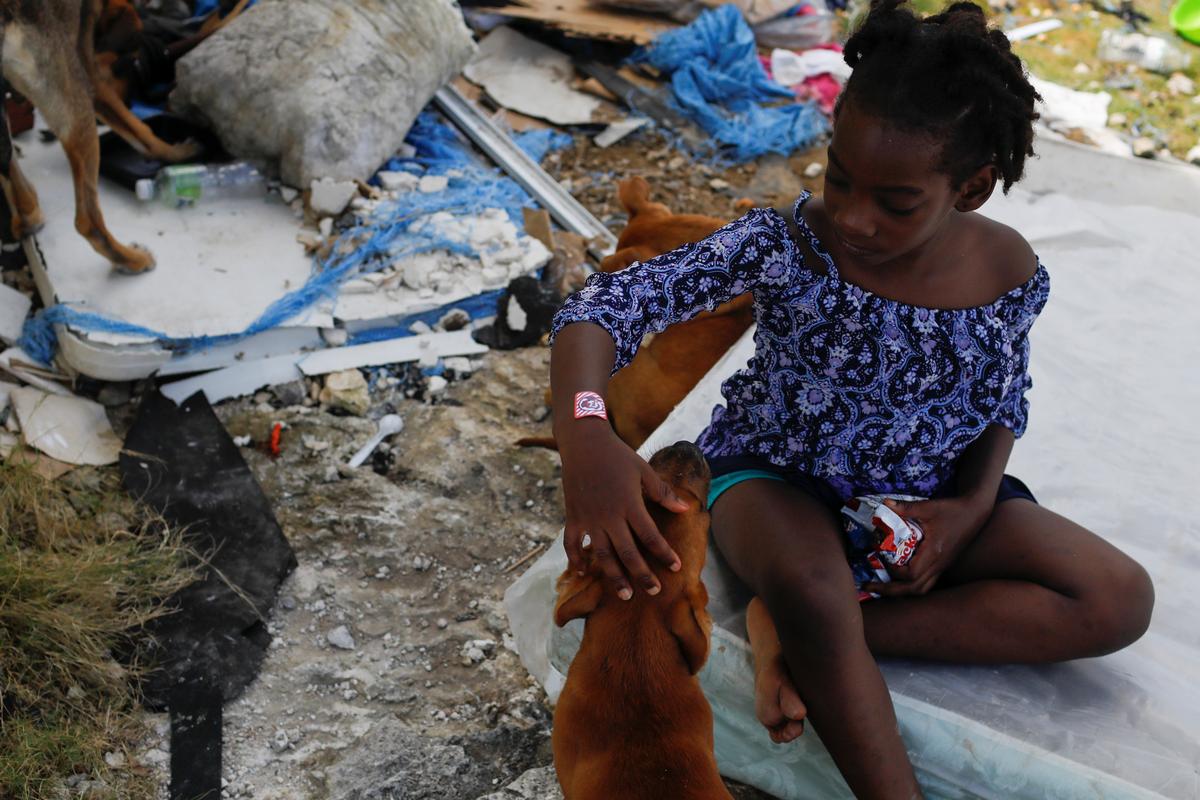 NASSAU (Reuters) – Bahamaian education officials are scrambling to find classroom space for up to 10,000 students displaced by Hurricane Dorian after the Category 5 storm ravaged two of the archipelago’s northern islands, destroying many schools buildings.

This week Bahamian officials set up what they called a “one-stop shop” for displaced students ages 4 to 19 inside the Thomas A. Robinson National Stadium in Nassau, the island-nation’s capital city.

Hundreds of young people lined up inside the sports arena’s dimly lit hallways on Thursday, waiting for vision and hearing exams, immunizations, clothing, school supplies, and referrals for counseling with volunteer psychologists.

As a thunderstorm bellowed outside the arena and another tropical storm headed toward the country, parents who had evacuated from the northern islands cradled babies, while young boys playfully chased one another.

“These kids need their education, how are they going to get jobs or have any options?” said Chandra Alexis, an 18-year-old evacuee from the devastated northern island of Great Abaco, about 150 km north of Nassau.

She spoke while waiting in line to find out which schools her younger sister and cousin would attend. “We lost everything; without school there’s nothing,” Alexis said.

Hurricane Dorian, one of the most powerful storms in the country’s recorded history, made landfall on Sept. 1 with top sustained winds of 185 miles per hour (298 kph) and lingered over the northern Bahamas for nearly 50 hours. It damaged or destroyed nearly very structure on Abaco and battered nearby Grand Bahama.

The Bahamian government on Thursday said 1,300 were officially listed as missing, and aid groups were rushing to bring in basic supplies ahead of a new storm system that was expected to hamper some relief efforts.

Bahamian Prime Minister Hubert Minnis on Wednesday said the official death toll stood at 50 but was expected to rise. The Bahamian government has requested 500 body bags, according to a report from the Pan-American Health Organization.

Due to a computer glitch, students at the sports arena were unable to find out where on New Providence Island, home of the capital, they would go to school this year. Many said they were told to return the next day.

Officials said they hoped less than 10,000 students would need placements. They plan to distribute them at schools across the islands with a total of 400,000 residents.

Public schools on most islands opened on Sept. 9, a week behind schedule. Schools remained shut on Abaco and Grand Bahama, two of the hardest-hit northern islands.

Engineers were still assessing the safety of school buildings on Grand Bahama, even as the new tropical storm headed toward the northern islands; heavy rainfall was expected.

“Our role is to get kids in schools so that they’re not further disadvantaged or further traumatized,” said Lorraine Armbrister, permanent secretary of the Ministry of Education. “We want to normalize their lives as soon as possible.”

As a first step, the government is registering evacuees living in temporary shelters in the capital. It will soon invite those staying in Nassau hotels or with friends and family to make appointments to secure classroom seats.

UNICEF, which is partnering the Bahamian Education Ministry, said registration would roll out to other islands in the coming days.

Registration will last until Oct. 12 but an extension is possible if needed, Armbrister said. Students were also being signed up for extracurricular activities with the Bahamian ministry of youth, sports and culture as well as with the Royal Bahamas Police Force.

With each student needing health exams, education officials are able to process only about 200 to 300 students per day.

Reporting By Zachary Fagenson in Nassau; Editing by Frank McGurty and David Gregorio

Woman admits killing maid; starved her to 24kg and assaulted her almost daily in ‘utterly inhumane’ case
Yacht once owned by French tycoon sinks off Malaysia
Commentary: The aviation sector should bounce back sooner than expected
12 new COVID-19 cases in Singapore, all imported; 1 cluster closed
Commentary: Paying nurses more is long overdue but they need clearer professional ladders too