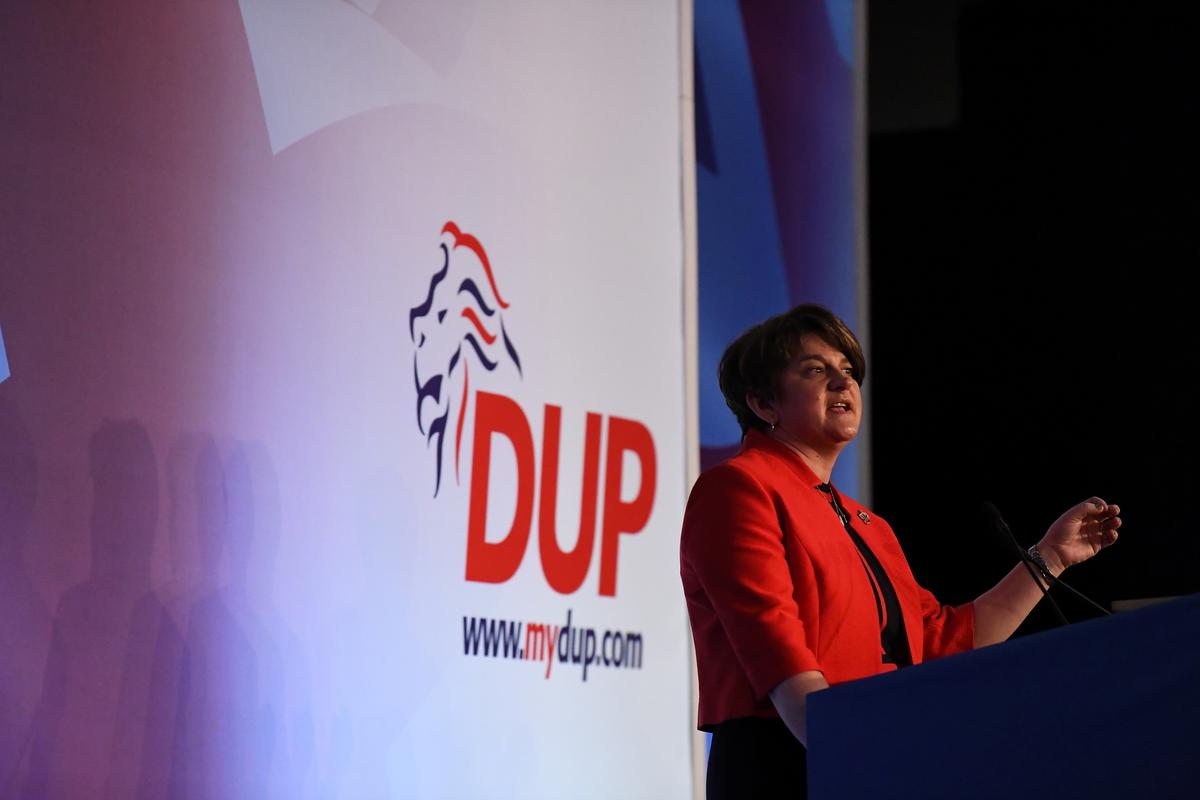 (Reuters) – The leader of the Democratic Unionist Party (DUP), the Northern Irish party which backs British Prime Minister Boris Johnson’s government, said the party will not support a Brexit deal that “divides the internal market of the UK”.

Arlene Foster’s response came as the Times newspaper reported the DUP has agreed to accept Northern Ireland abiding by some European Union rules after Brexit as part of a deal to replace the Irish backstop, potentially opening the door to a withdrawal agreement.

“UK must leave as one nation. We are keen to see a sensible deal but not one that divides the internal market of the UK. We will not support any arrangements that create a barrier to East West trade. Anonymous sources lead to nonsense stories”, the DUP leader said in a tweet bit.ly/31eFD6C.

The Times newspaper also reported bit.ly/31ksPvp the Northern Ireland party that props up Johnson’s government will drop its objection to regulatory checks in the Irish Sea.

Brussels would in return have to drop its insistence on Northern Ireland remaining in the customs union with the EU, according to the report.

With Johnson vowing to take Britain out of the EU on Oct. 31 – deal or no deal – the bloc has focused in recent days on a Northern Ireland-only backstop as the best chance of getting a deal before the deadline lapses.

That would involve applying different border rules to Northern Ireland from the rest of the country to help keep goods flowing across the Irish border.

NParks to develop Singapore’s longest cross-island trail and 3 new recreational routes
Commentary: Planting trees is a safe climate action but are its benefits inflated?
Home Team focused on transformation through increased use of technology: Shanmugam
Peaceful resolution in Myanmar still possible if all sides can have genuine dialogue: Balakrishnan
For Primary 1 students with behavioural difficulties, MOE programme helps them adjust to new environment