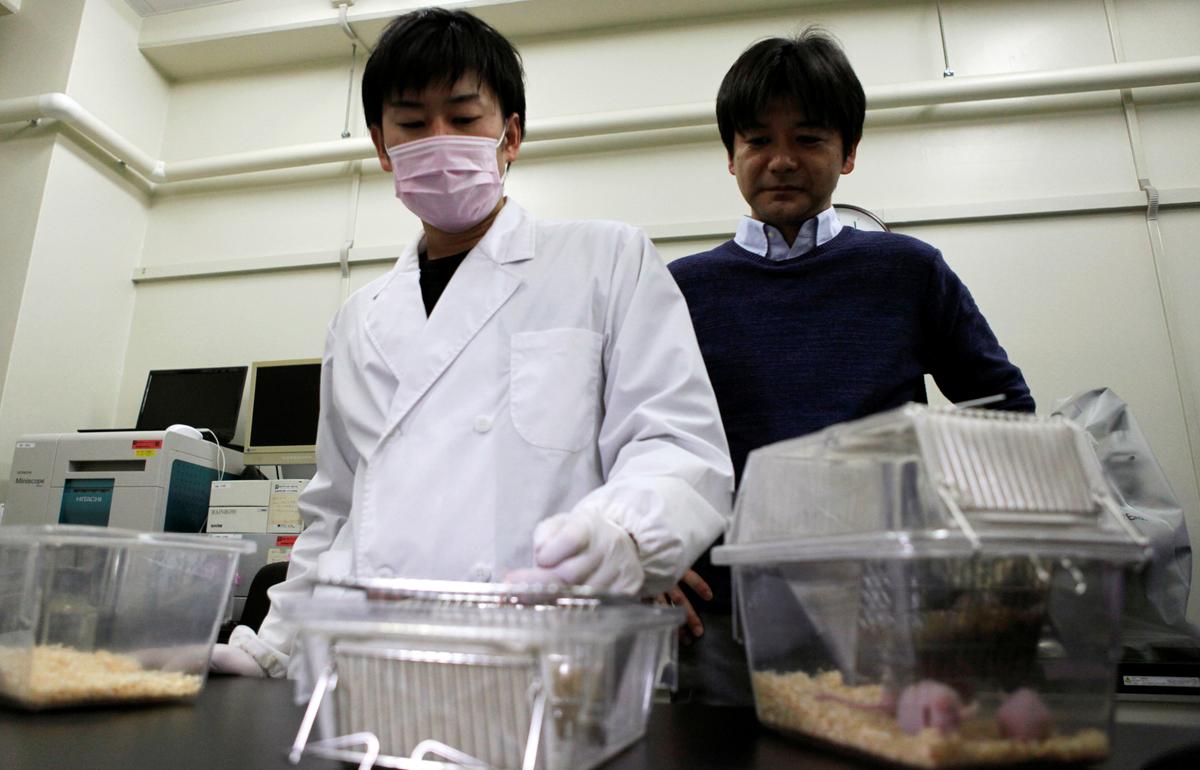 A research team at Yokohama National University succeeded in producing clusters of 5,000 hair follicle germs (HFGs), the base organs that produce hair, with the aid of dimethylpolysiloxane, a material that was key to cultivating large numbers of HFGs.

The team also succeeded in growing hair on the backs of mice after transplantation in a relatively short period of time.

After dimethylpolysiloxane was reported as being used in oil to fry potatoes, researchers received a number of inquiries asking how many french fries people should eat to cure baldness.

Fukuda said the research, published in the journal Biomaterials this month, was a breakthrough as scientists had previously struggled to produce the large quantities of HFGs needed to generate significant hair growth.

“Up until now we’ve only been able to produce a few dozen hair follicle germs at a time, but with this new technology we’ve developed a simple method to produce hundreds and thousands,” Fukuda said.

The team have also received many serious inquiries from researchers and people seeking hair-regenerative medicine to offer their cells to test and develop the research, he said.