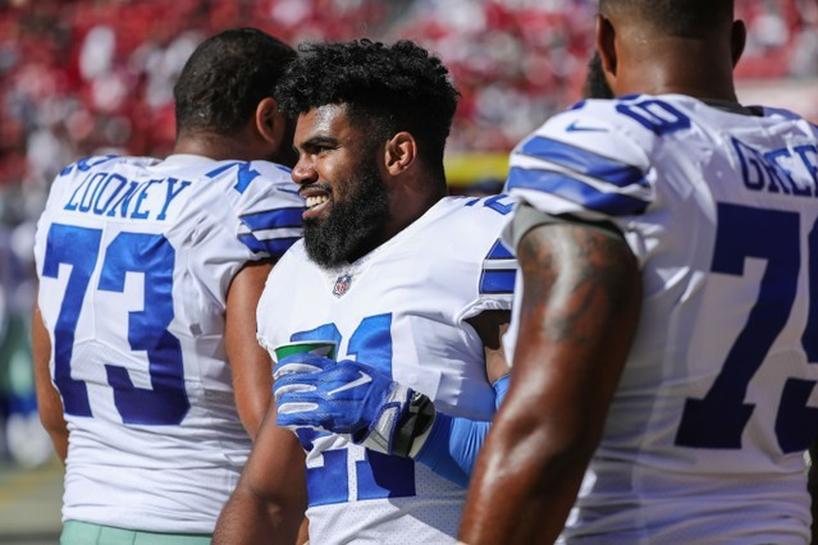 (The Sports Xchange) – Dallas Cowboys running back Ezekiel Elliott had his latest legal motion denied by the 2nd U.S. Circuit Court of Appeals in New York on Thursday, meaning his six-game NFL suspension is back in effect.

Barring a last-minute maneuver, Elliott will begin his suspension when the Cowboys visit the Atlanta Falcons on Sunday.

The NFL Players Association is expected to request an expedited appeal of Thursday’s decision but the suspension began immediately upon the court’s ruling.

If the suspension sticks, Elliott will next be eligible to play against the Seattle Seahawks on Dec. 24.

The 2nd U.S. Circuit Court of Appeals reviewed the case after Elliott received an administrative stay in New York federal court last Friday. That ruling allowed him to play in the Cowboys’ victory over the Kansas City Chiefs two days later.

But the three-judge panel on Thursday sided with the NFL after hearing oral arguments from league lawyers and the NFLPA. Elliott attended the 30-minute hearing.

NFL commissioner Roger Goodell suspended Elliott for six games on Aug. 11 after a 13-month investigation concluded he was in violation of the league’s personal-conduct policy for an incident in the summer of 2016. Elliott, who was not arrested or charged in the case, maintains his innocence after being accused of assaulting former girlfriend Tiffany Thompson in Columbus, Ohio.

Elliott defended himself last week and reiterated that he did nothing wrong.

Elliott ranks second in the NFL with 783 rushing yards. He led the league with 1,631 last season as a rookie.