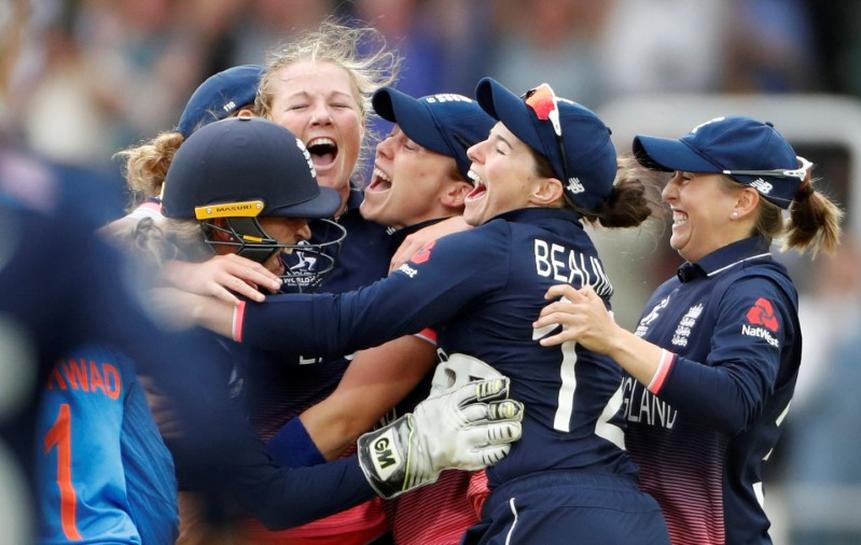 The home side looked in danger of defeat as India chased down their total of 228-7, but an astonishing spell of seam bowling by England’s vice-captain turned the game on its head in the most nail-biting of finishes.

India were coasting on 191-3 when Shrubsole took the key wicket of Poonam Raut, lbw for 86, and the inexperienced middle order collapsed to 219 all out in the 49th over.

Apart from her wickets, Shrubsole also played a key role in the run out of Shikha Pandey, collecting sharply in the covers and throwing back to wicketkeeper Sarah Taylor, when India were still in the game needing 14 off the last three overs.

As a youngster, Shrubsole once watched her father Ian play club cricket at Lord’s and she said to play a starring role in England’s victory was a dream come true.

“It was an amazing game from start to finish,” she said. “It was a fitting final for what has been a great World Cup.”