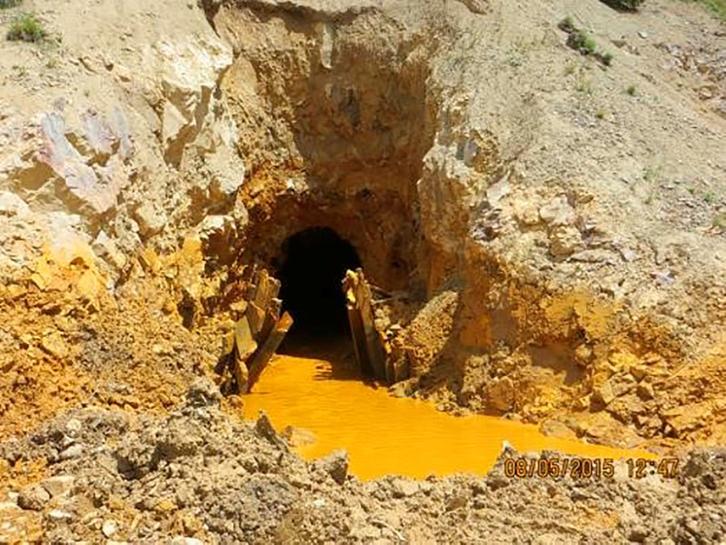 The Obama administration “failed” the public when it rejected damages sought by local governments, businesses and others affected by the spill at the Gold King Mine, Pruitt said in a statement.

“EPA should be held to the same standard as those we regulate,” he said. “A new review is paramount to ensure that those who have, in fact, suffered losses have a fair opportunity to have their claims heard.”

Pruitt made the pledge while touring the spill site, near the town of Silverton in southwestern Colorado, with Governor John Hickenlooper and the state’s two U.S. senators, a day before the two-year anniversary of the disaster.

The spill occurred when an EPA contractor hired to slow seepage at the mine breached a tunnel wall, unleashing a torrent of wastewater that had built up behind the mountainside, fouling waterways in three states.

The blowout sent roughly 3 million gallons (11.35 million liters) of water, contaminated with 900,000 pounds (408 tonnes) of heavy metals such as arsenic, lead and mercury, into a creek that feeds the nearby Animas River.

FILE PHOTO – Yellow mine waste water from the Gold King Mine collects in holding pools in San Juan County, Colorado, U.S. is seen in this picture released by the Environmental Protection Agency (EPA) taken on August 7, 2015. EPA/Handout via REUTERS

The plume of orange-colored sludge was carried south and into the San Juan River in northern New Mexico, and traversed portions of that state and the Navajo Nation land before emptying into Lake Powell in Utah.

Farmers, ranchers and river-running raft companies, among others, filed claims seeking compensation for lost business or wages from the spill.

FILE PHOTO – Yellow mine waste water is seen at the entrance to the Gold King Mine in San Juan County, Colorado, U.S. in this picture released by the Environmental Protection Agency (EPA) taken on August 5, 2015. EPA/Handout via REUTERS

In January, days before Donald Trump was inaugurated as president, the Obama administration announced it would deny many of the claims, citing a federal law that grants immunity to government agencies over “discretionary” actions taken by its employees.

Pruitt said on Friday that the agency has sent letters to 77 claimants who had been denied reimbursement, informing them that the agency will take a second look at their applications.

A number of lawsuits have been filed also in the wake of the spill, and some of the claimants have also appealed their denials, the EPA said in the statement.

So far, the EPA has spent nearly $30 million in reimbursements to state and local governments for costs associated with the initial cleanup, water quality monitoring and treatment, and the naming of the area as a Superfund site, the agency said.