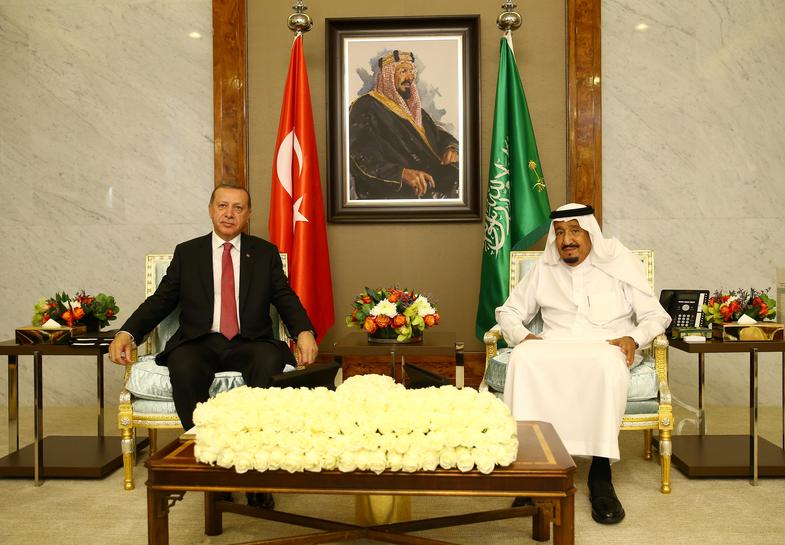 The boycotting countries want Qatar to close down a Turkish base, curb relations with their arch-foe Iran and close down the Al Jazeera TV channel.

King Salman and Erdogan discussed “efforts to combat terrorism and its sources of funding,” SPA reported.

Erdogan is also scheduled to visit Kuwait, which is attempting to mediate the crisis, and Qatar during the two-day trip.

SIA Group’s passenger carriage down 90.2%, but ‘measured recovery’ expected in air travel demand
Montenegro tries to cool EU row over US$1 billion China road
Fewer COEs available for May to July, quota lowest in 6 years
US, China commit to climate cooperation ahead of key summit
Singapore’s DBS to buy 13% stake in Chinese bank SZRCB for US$814 million