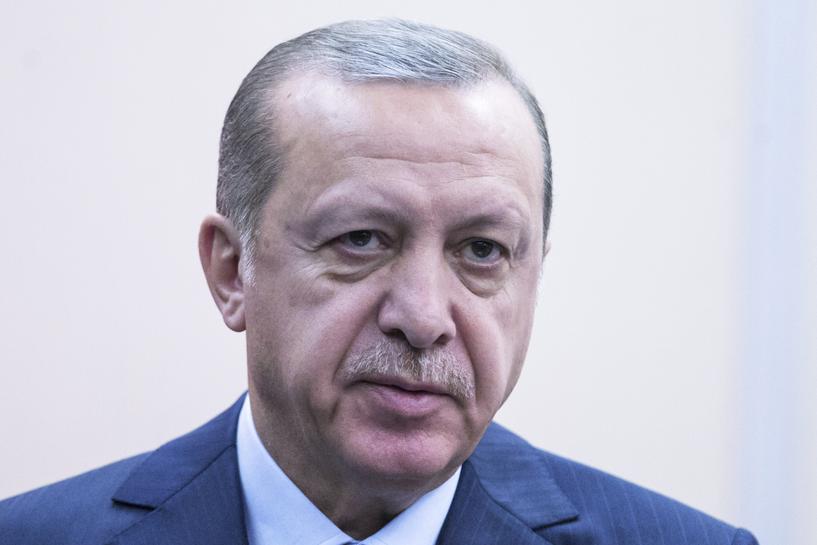 ANKARA (Reuters) – Turkey is pulling 40 soldiers out of a NATO exercise in Norway, President Tayyip Erdogan said on Friday, after his name was included in a list of enemies on a poster at the drill, an incident that drew an apology from NATO Secretary General Jens Stoltenberg.

Turkey has the second-largest army in the alliance and borders with Syria, Iraq and Iran, giving it great strategic importance for NATO. But the relationship has become fractious as Ankara drifts away from the alliance and the European Union, alarming the West.

Erdogan said an “enemy poster”, featuring his name on one side and a picture of modern Turkey’s founder, Mustafa Kemal Ataturk, on the other, was unfurled at the training exercise in Norway, prompting a decision by Turkey’s military chief and European Union minister to pull the troops out.

“They said they had decided to pull our troops out and will do so, so we told them to not stop and go ahead … take our 40 soldiers out of there,” Erdogan told members of his ruling AK Party in Ankara.

Commenting on the incident at NATO’s Joint Warfare Centre in Stavanger, Norway, Stoltenberg said: “I apologize for the offense that has been caused.”

“The incidents were the result of an individual’s actions and do not reflect the views of NATO,” he said in a written statement.

The individual involved, a civilian contractor seconded by Norway and not a NATO employee, was immediately removed from the exercise, Stoltenberg said. It would be up to the Norwegian authorities to decide on any disciplinary action, he said.

The Norwegian ministry of defense and the joint war center command both declined to comment.