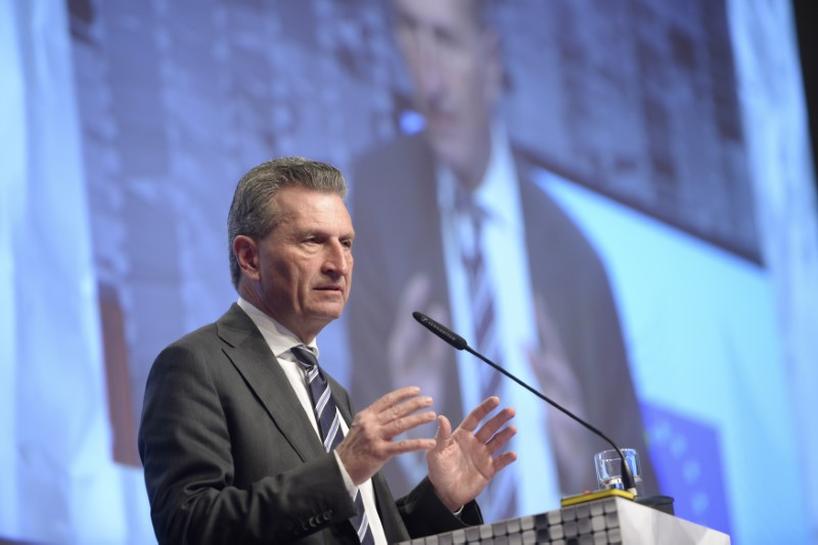 BERLIN (Reuters) – Britain will have to keep making payments for long-term programmes to the European Union until at least 2020, even after it leaves the bloc in 2019, EU Budget Commissioner Guenther Oettinger told Germany’s Bild newspaper.

Oettinger said Britain was obligated to honour commitments it had made to long-term programmes before last year’s vote to leave the bloc in 2019, the Monday edition of the newspaper reported.

“As a result, London will have to transfer funds to Brussels at least until 2020,” he told the newspaper.

Oettinger said he expected Germany to face extra costs in the single-digit billion-euro range as a result of Britain’s departure from the EU.

Britain’s departure would leave an annual hole of around 10 billion to 12 billion euros (9 billion to 10.8 billion pounds) in EU coffers, Oettinger said.

He said the gap could be offset by budget cuts and higher payments by members, but the EU could also save money by eliminating discounts that it had negotiated over the years with member countries, including Britain.

“That would result in a significant administrative simplification and it would end the horsetrading that has accompanied budget negotiations up to now,” he said.

The EU Commission in June outlined five scenarios to deal with the added costs resulting from Britain’s departure, noting that the EU could tap sources like corporate taxes, a tax on financial transactions, or levies on electricity, motor fuel, carbon emissions.