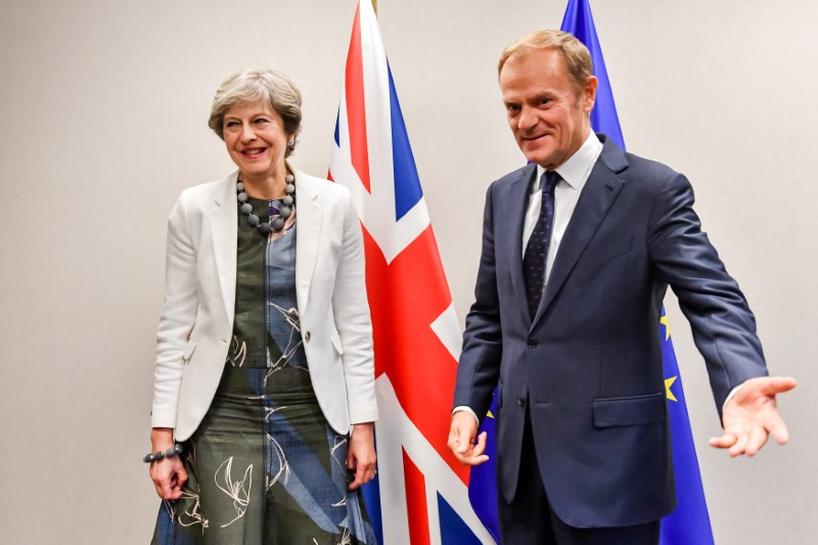 BRUSSELS (Reuters) – EU diplomats will start sketching out a Brexit transition offer on Wednesday that would probably let Britain stay in the single market for about two years after it leaves the bloc in March 2019, EU officials said.

But some officials and diplomats involved in preparing for the first “orientation debate” among envoys from the other 27 EU states warned London should not assume it can clinch an initial deal next month to open talks on post-Brexit relations. Some governments see benefits in making Britain wait for it.

An EU official familiar with Wednesday’s agenda said states would be asked their views on the “scope of the transition period, its length” and whether special regulations would be needed to enforce EU rules in Britain, which will no longer be a member but wants to maintain full access to EU markets.

Several officials who spoke to Reuters said that in the transition period Britain would have to abide by all EU laws, even if they are changed during that period, but would have no influence over them. “Anything else would be too complicated,” a second official said. Two others expressed the same view.

“The EU view on the transition period and the future will in a way be a moment of truth, exposing all the lies of those who campaigned for Brexit saying that Britain will be able to have the cake and eat it,” a third official said.

Wednesday’s discussions will also seek to gather views on the future trade relationship with London that is to follow a transition, which may finish in December 2020, at the end of the current seven-year EU budget period.

EU leaders told Prime Minister Theresa May last month they were not ready to negotiate post-Brexit arrangements until London offered more concessions on its “divorce” terms. But they held out the prospect of opening such talks at a summit in mid-December and ordered their officials to start preparing among the 27 for a move to this new phase of talks.

British Brexit Minister David Davis is expected in Brussels on Friday for the first negotiations since that mid-October summit with May. But the anticipated brief encounter with EU Brexit negotiator Michel Barnier is not expected to produce a breakthrough on how much Britain will pay the EU on leaving.

Diplomats and officials said the continued slow pace of the divorce talks was increasing the possibility that EU leaders would again refuse next month to open trade talks. They said some may already be considering that as a useful tactic against Britain, which is anxious to prevent businesses relocating investment.

“Some believe that the worse it gets for the British, the better for us … that maybe we could delay it all until for instance March, increasing the uncertainty and triggering the contingency plans in the corporate sector,” the first EU official said.

“That would be ruthless and risky, but people have different views on what is risky.”

An EU diplomat involved in negotiations said he expected envoys also to discuss how to handle a possible failure next month to open the next phase of talks if May refuses to meet EU demands. “What do we do if they (the British) don’t move?” he said.

Some continental negotiators believe British anxiety about businesses starting to shift investments in the new year if there is no transition deal could be to Brussels’ advantage.

Officials said Britain’s full membership in the single market, even during a transition, is not a given. “There is no up-front agreement on that. It is part of a bigger package. For instance it is not feasible to expect they would be in the single market … but not pay into the EU budget,” one said.

There will be one or two more meetings of EU envoys before they expect to agree what in detail they might offer Britain in terms of a transition period, officials said. The results of these discussions will not be presented to the British, however, until after leaders have agreed to open a new phase of talks.