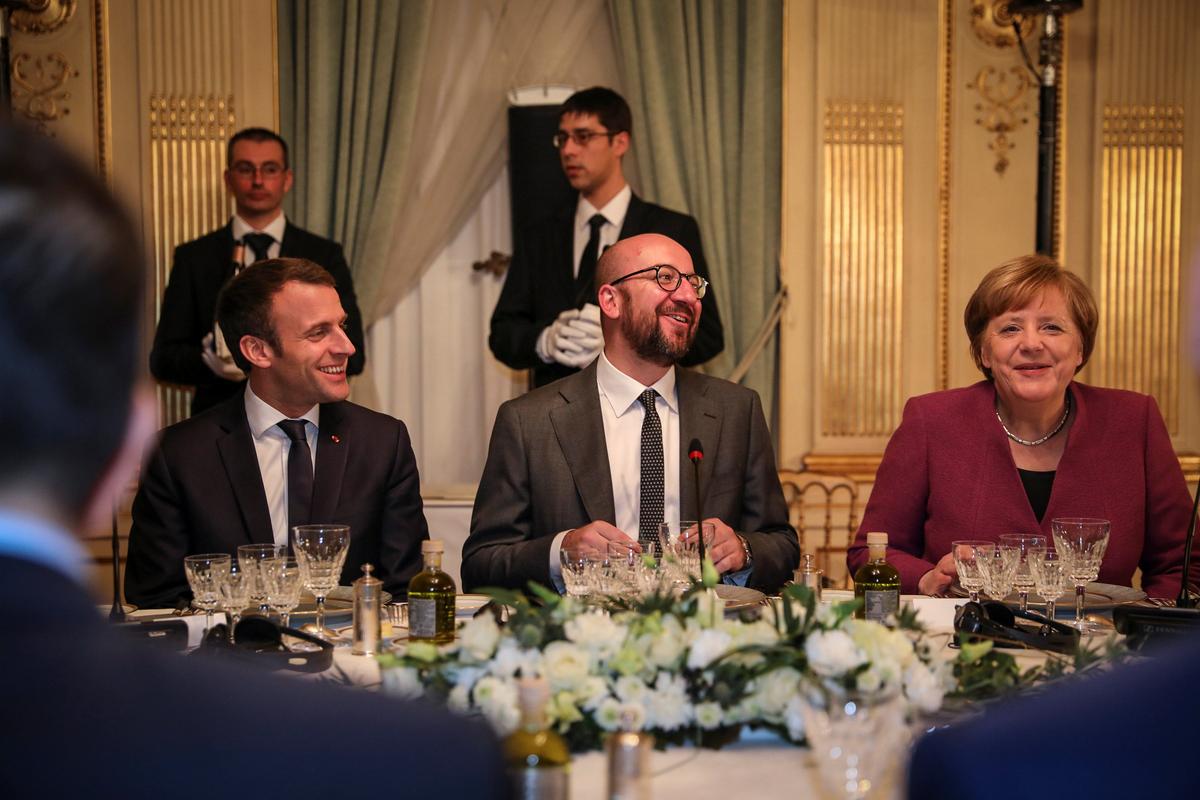 BRUSSELS (Reuters) – European Union leaders will lay down the first markers on Friday on the size and aims of the bloc’s next long-term budget, as a large hole in its finances begins to take shape with next year’s departure of one of its main net contributors.

All EU states except Britain are to say in a summit debate whether they agree to increase the 2021-2027 budget to pay for new common policies on security, defence and migration, at a time when Brexit will slash revenues to the common pot by 10-12 billion euros ($12.3-14.8 billion) a year.

“We need a new start for Europe,” German Chancellor Angela Merkel said on Thursday, adding the budget discussion could lead to some major changes.

“The debate about the future financial framework is also a chance to look at the finances of the EU as a whole,” she said.

The European Commission wants the budget to increase to 1.1-1.2 percent of EU GDP from 1.0 percent now and has proposed covering the gap left by Brexit with a mix of spending cuts and new sources of revenue.

With the 27 states divided going into the debate, officials do not expect any agreement on that tentative proposal on Friday.

It is likely get a sympathetic ear in Germany, already the biggest net contributor to the EU budget and prepared to pay even more.

Italy and France, the next biggest net contributors, are also ready to increase payments, albeit with certain conditions.

“France will say: we’re ready to pay more for Europe, but on a number of conditions,” an adviser to President Emmanuel Macron said on Wednesday.

France wants to link EU payments to poorer eastern European countries to their respecting the rule of law. EU officials have opened a formal procedure against Poland to check if it is observing its own constitution, and EU officials have serious doubts about respect for democratic values in Hungary and Romania as well.

But the Netherlands, Sweden, Denmark and Austria, which also put more in to the EU budget than they take out, have ruled out any higher payments, saying a smaller EU after Brexit implied a smaller budget.

The leaders will also discuss if they would agree to give the European Parliament a bigger voice in choosing the next head of the EU’s executive, the European Commission, and what to do with assembly seats vacated by British deputies.

Parliament wants EU leaders to choose the next Commission president from among candidates put forward by the political groupings in the assembly, building on a process that gave the current Commision head Jean-Claude Juncker his job.

But officials said leaders were likely to reject that call, because the EU treaty obliges them only to “take into account” the results of European elections, but not to have their choice limited to a parliamentary short-list

The leaders are likely, however, to agree to a proposal to cut the number of parliamentary seats to 705 from 751 after the 73 British deputies leave.

SQUE Rotisserie & Alehouse at The Central closed for cleaning after repeated visits by COVID-19 case
Unified ASEAN can avert South China Sea conflict: Philippine minister
Transgender Pakistanis find solace in a church of their own
Thai protesters call on king to give up royal fortune
Commentary: Concerned about what fall in private home sales mean? Market fundamentals paint a different story