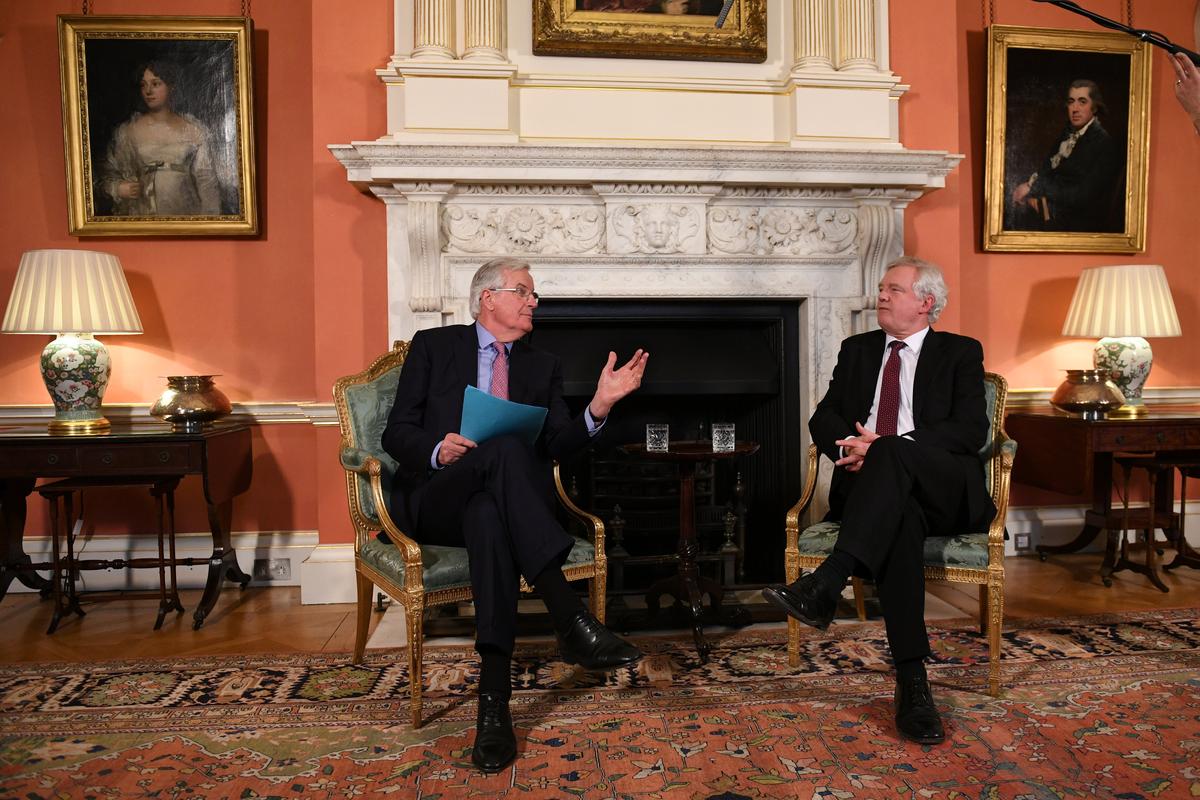 LONDON (Reuters) – The European Union’s chief Brexit negotiator Michel Barnier said on Monday that the time had come for Britain to make a choice on what sort of relationship it wanted with the bloc after Brexit.

“The only thing I can say: without a customs union and outside the single market, barriers to trade and goods and services are unavoidable,” Barnier said. “Time has come to make a choice.”

Barnier said he wanted the United Kingdom to clarify its position on what the future relationship would be. Britain’s Brexit Secretary David Davis said he was confident he could get agreement on a transition by the March EU summit.